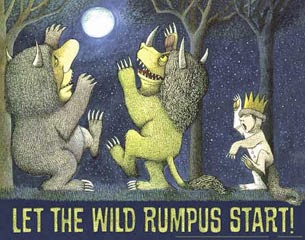 I am happy to announce that my sabbatical proposal was accepted after all, and I will be on sabbatical during the 2014-2015 school year. Readers who have trouble imagining what college professors do during the summer months will be equally stymied at the thought of a whole year off teaching, so it is important to clarify that in an academic context the original "restful" meaning of the term is secondary. One's sabbatical application is evaluated on the basis of its potential to result in scholarly output, not on the extent of one's fatigue and need for a break. Failure to produce something approximating the sabbatical proposal will reduce the chances of being awarded another one in future. That said, the chance to take a sabbatical is a huge privilege. I don't take it lightly.

I may say more about the details of my research project(s) presently. Basically, I am looking forward to being able to read and think about two of my major fields of interest: the writings of Luke and early Judaism.

My other (secret) goal is to take advantage of the extended break from teaching to work toward a more healthy rhythm of living--to reintroduce disciplines that I let fall by the way side, to focus on matters that are important but not urgent, that sort of thing. Judging from the last two months, this will not happen automatically. Even sabbatical has its pressures and deadlines, real or contrived. It doesn't look like I will suddenly feel less busy. But I hope to have more sustained experiences like the one I jotted down in April, near the end of marking season:


I can feel my heart and mind begin to relax. So good to wake up in the morning--or even in the middle of the night--with a fresh thought, a new idea, with something to say, with clarity. What a relief to realize that I may be able to write again, that with a day or two with the pressure off, the words come bubbling up.

I also look forward to a change of location, and a real break from things academic on the Oregon coast in a few weeks. Blogging may pick up too. Who knows?
Posted by d. miller at 8:34 PM 9 comments:

Technical post alert: Making minor changes to Zotero citation styles is quite simple once you have done it a few times if you are familiar with basic xml coding. My problem is that I typically only need to modify a style once every three years or so, and by the time I return to it I have forgotten how it is done. So, for my reference (primarily), here is how I did it this time:
Two helpful resources:

This time around I modified the Chicago Manual of Style 16th edition in two ways: (1) to remove final punctuation (non-standard, but my preference), drawing on Adam Smith's directions here (search for "layout suffix" and change layout suffix="."> to <layout suffix=""> under the notes section near the end of the file); and (2) to allow abbreviations in journal titles in the notes (see the general directions here; I ended up copying the relevant section of the SBL style). My modified style is available here.

Now back to the writing that Zotero is supposed to help me with.