"The purpose of Israel's existence is to sanctify God's name, that is, to attest to His existence, to publicize His oneness, and to advertise His greatness, by worshipping Him and by keeping His laws. Their failure to do so has the opposite effect: His name is profaned, that is, His fame is diminished and His reputation tarnished." - Baruch J. Schwartz in The Jewish Study Bible (Oxford, 2004), 262.

The quotation suits the Lord's Prayer to a T, but Schwartz is commenting on Leviticus 22:31-33:


You shall faithfully observe My commandments: I am the LORD. You shall not profane My holy name, that I may be sanctified [= "hallowed"] in the midst of the Israelite people -- I the LORD who sanctify you, I who brought you out of the land of Egypt to be your God, I the LORD. (NJPS)

An advent reflection: divorce, first-century politics, and the kingdom of God 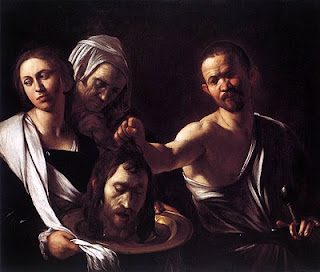 Some Pharisees came to him, and to test him they asked, "Is it lawful for a man to divorce his wife for any cause?" 4 He answered, "Have you not read that the one who made them at the beginning 'made them male and female,' 5 and said, 'For this reason a man shall leave his father and mother and be joined to his wife, and the two shall become one flesh'? 6 So they are no longer two, but one flesh. Therefore what God has joined together, let no one separate." 7 They said to him, "Why then did Moses command us to give a certificate of dismissal and to divorce her?" 8 He said to them, "It was because you were so hard-hearted that Moses allowed you to divorce your wives, but from the beginning it was not so. 9 And I say to you, whoever divorces his wife, except for unchastity, and marries another commits adultery." (Matt 19:3-9 NRSV; cf. 5:31-32)


When Jesus' prohibition of divorce comes up in my first year Gospels course, we normally look at the relevant NT passages and discuss contemporary implications. Never, as far as I recall, have we turned to Matthew's account of the birth of Jesus and the slaughter of the innocents. Perhaps this is because the Pharisees' question about divorce "for any cause" is typically interpreted in the context of a well-known legal debate between the schools of Hillel and Shammai about proper grounds for divorce. On this reading, Jesus the teacher is faced with the sort of practical legal questions that any religious teacher would encounter; the story functions to emphasize Jesus' wisdom and, perhaps, to inform Matthew's Christian audience.

A few weeks ago, however, as I listened to our pastor's advent sermon about John the Baptist, it occurred to me that the Pharisees' "test" resembles their later question--which Matthew calls a "trap"--about paying taxes to Caesar (Matt 22:15-22). By prohibiting divorce Jesus was aligning himself with John the Baptist who had been imprisoned for telling Herod Antipas that it was wrong for him to marry his brother's wife (Matt 14:3-4). Jesus and Matthew's audience knew well enough that John lost his head over the question (Matt 14:1-11). Divorce, no less than taxes, was a political hot potato in first-century Palestine.

Reading Jesus' teaching about divorce in this political context fits into a larger pattern within Matthew's Gospel that raises other implications in addition to the problem of divorce in contemporary society: The kingdom Jesus announces and embodies regularly threatens the political status quo. It is an upside down kingdom where the great among you must be your servant, where "the Son of Man came not to be served but to serve, and to give his life a ransom for many" (20:26-28). It is a kingdom of peace rather than the sword, but it is not merely a "spiritual" kingdom--the king has at his disposal "more than twelve legions of angels" (26:53). No wonder Herod the Great was frightened at the announcement of one born King of the Jews (2:2)! No wonder Herod's son, Antipas, wanted to put him to death (14:5).
Posted by d. miller at 4:58 PM 2 comments: 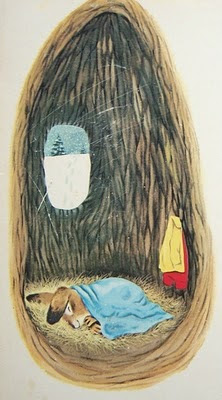 The semester's grades are in as of this evening. Early Sunday I leave for a few days' visit with my parents. (Almost a year after her seizure, my mom is still in hospital.) Weather permitting, I'll be back in time for Christmas. Then it's the rush of reading to prepare for the winter semester. Blogging will have to wait until I have something to say and the energy to say it.

Right now what I'd really like to do is curl up in a hollow tree for the next five or six months and dream about spring.
Posted by d. miller at 10:27 PM 3 comments:

Prophecy after the Prophets Syllabus

As I mentioned earlier (here and here), I am teaching a seminar next semester on early Christian prophecy within its early Jewish and Greco-Roman contexts. Here is a description from the course syllabus:

This course differs from other Biblical Studies courses in that it focuses on a theme rather than a specific text. However, it has the same goal of contributing to a deeper understanding of Scripture, for extended reflection on a specific theme invariably leads to a more careful, observant reading of passages in which the theme is found. The theme of prophecy is also important and fascinating in its own right. Questions we will consider this semester include the following:


As important as these questions are in themselves, they will also serve as an opening into other more general issues in the study of the New Testament, such as the relationship between the Old and New Testaments and between Christianity and the early Jewish milieu out of which it developed, the function of the Bible’s historical contexts, and the ways in which our own experiences affect what we perceive in Scripture. I hope that as we progress through the course we will become more convinced of the relevance of the topic for the church today, and increasingly sensitive to the continuing work of the living God.

This course will encourage the development of, and familiarity with, a diverse exegetical toolset. You will be challenged to hone your ability to analyse and evaluate scholarly arguments, to engage in constructive dialogue, and to present the results of your study persuasively, both in written form and orally in front of your peers.

Email ThisBlogThis!Share to TwitterShare to FacebookShare to Pinterest
Labels: Syllabi

Keck on the Agony of Theological Education

"One reason a modern theological education brings so much agony to the students is that they find the ramparts of faith on which they thought they were standing to be really the ruins of Christendom, and that the gospel actually summons them to a radical kind of faith for which they are scarcely prepared. They are in agony because no one has told them that believing and preaching the gospel in a world without Christendom means literally risking their lives. None of the things they had taken for granted, such as the authority of the Bible, the absoluteness of the gospel, the meaning of Jesus, and the work of the church can be taken for granted today, but must be avowed as decisions of faith. Students are pained because, in our day, learning more about the Bible, theology, Jesus, and the church does not make it easier for them to believe, but actually defines the borderline on which they must be willing to make a commitment in faith." - Leander Keck, Mandate to Witness: Studies in the Book of Acts (Judson Press, 1964), 107.
Posted by d. miller at 10:30 AM 5 comments: