Reading Notes: Ernst Käsemann on the "'The Righteousness of God' in Paul"

I think about Ernst Käsemann each time I teach Romans and introduce different ways of understanding the "righteousness of God", but I confess that I never got around to reading Käsemann's 1961 essay until this week--shortly after encountering this statement by Leander Keck about the essay's significance: "In a time of massive monographs and multivolume commentaries on a single book, Käsemann redirected the study of Paul with an essay of a mere fourteen pages." (Keck, Paul and his Letters, 152-3).

The experience reminded me that actually reading seminal scholarship is a far richer experience than getting it second-hand. It also helps explain current debate. I thought, for instance, that I could detect traces of Käsemann in contemporary scholars who defend perspectives rather different from Käsemann and from each other. Needless to say I will introduce the topic more carefully and with greater precision next time.


Righteousness as activity: "The widely-held view that God's righteousness is simply a property of the divine nature can now be rejected as misleading." Instead, the "righteousness of God" in Romans 1:16 "is for Paul, as it is for the Old Testament and Judaism in general, a phrase expressing divine activity, treating not of the self-subsistent, but of the self-revealing God" (174). Käsemann grants that righteousness is also a gift (cf. 169), but...

You can't have the gift without the giver: "Paul knows no gift of God which does not convey both the obligation and the capacity to serve" (170). This is because "the gift which is being bestowed here [i.e., the "righteousness of God"] is never at any time separable from its Giver. It partakes of the character of power, in so far as God himself enters the arena and remains in the arena with it. Thus personal address, obligation and service are indissolubly bound up with the gift. When God enters the arena, our experience is, that he maintains his lordship even in his giving; indeed, it is his gifts which are the very means by which he subordinates us to his lordship and makes us responsible beings." (174)

On justification and sanctification: "[E]very gift of God which has ceased to be seen as the presence of the Giver and has therefore lost its character as personal address, is grace misused and working to our destruction. Justification and sanctification must therefore coincide, provided that by justification we mean that Christ takes power over our life. But at the same time the understanding we have now gained excludes the possibility of righteousness by works and of boasting of one's own moral achievement. The same Lord who calls us to his service enables us for it and requires us to render it in such a way as to ensure that his gift is passed on. As an instrument of grace, one cannot reasonably go on talking of one's own achievements." (175)

On historical method: "[T]he historical is not simply that which can be shown to be what actually happened, but the field on which the self-understanding of the interpreter is either confirmed or shattered, or else triumphs by violence. We ourselves are at risk here" (173 n. 4).

50% off at Fortress Press

Fortress Press is currently offering a 50% discount on your first order when you sign up for email updates. This, it should be noted, is a better deal than the SBL/AAR conference discount. (If you are ordering from Canada, you will need to call in your order, but the discount still applies.)
Posted by d. miller at 7:51 PM No comments:

Email ThisBlogThis!Share to TwitterShare to FacebookShare to Pinterest
Labels: Books

This year's Society of Biblical Literature meetings had just about the right mix of good sessions and good conversations with friends and acquaintances new and old.

In the past, I would have included good new books as an essential component of any successful SBL, but this year I found that the sheer size and scope of the exhibit hall had a stultifying effect on my purchases, and that N.T. Wright's 1700 page Paul and the Faithfulness of God plugged a hole in my wallet: I wandered through the Fortress Press display several times, tempted by the sale on Wright's newest massive 2-volume tome, and thought to myself, "When will I ever have time to read that?" It turns out that the question is a useful one: It came to mind again when I encountered Francis Watson's newest important 500-page book on the Gospels, and Dale Allison's final book on Jesus. I would like to read both some day, but of the four important Watson volumes already in my possession, two are still unread, and I won't have time to read Allison—let alone Wright—during the next five months. This time around I wish that I had spent less time wandering through the exhibit hall and more time attending sessions. 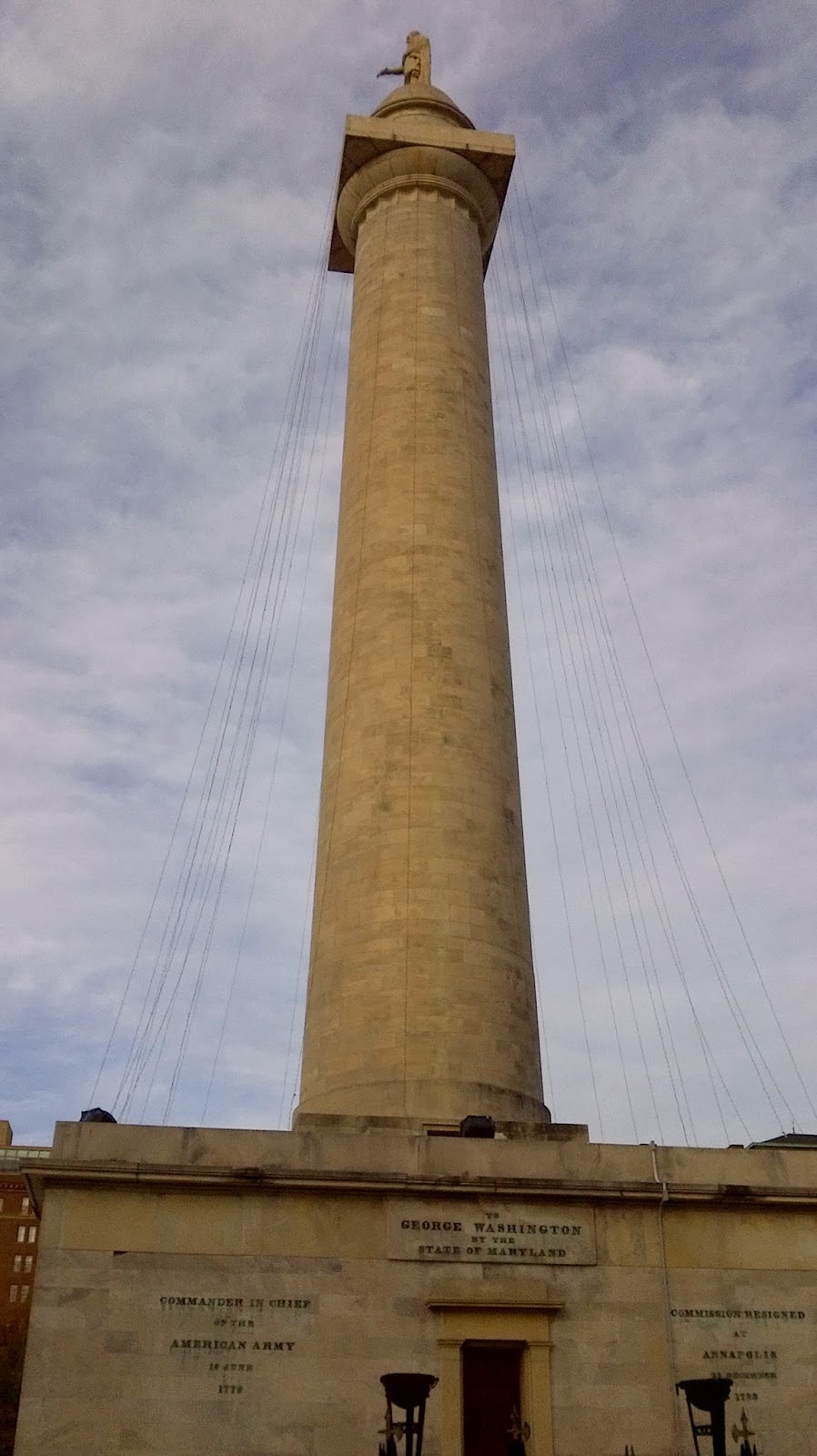 In addition to stimulating papers and conversations, another highlight was my Monday morning hunt for the statue of George Peabody (pictured above) that figures in Knight's Castle, a 1950's era children's book I am reading to my daughter. (Remarkably, the book makes no mention of the statue of a much more famous George, right beside it.) When Shoshana saw the picture, she said we should take a family trip to Baltimore.

I hope to comment on individual sessions presently, but for now I leave you with a few lines from C.S. Lewis that I read the night before heading out to Baltimore:


"Every poet and musician and artist, but for Grace, is drawn away from love of the thing he tells, to love of the telling till, down in Deep Hell, they cannot be interested in God at all but only in what they say about Him. For it doesn't stop at being interested in paint, you know. They sink lower—become interested in their own personalities and then in nothing but their own reputations." - C.S. Lewis, The Great Divorce, 81.

Replace "artist" with "scholar", and you have it about right.
Posted by d. miller at 10:25 PM No comments: