Memories of the Maccabees in the Dead Sea Scrolls 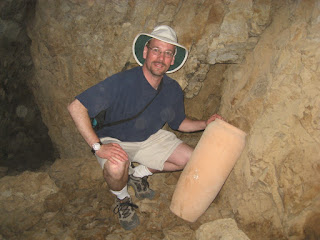 According to a hypothesis that dominated 20th-century scholarship, the Dead Sea Scrolls remember the Maccabees as villains. Jonathan, who succeeded his brother Judas as leader in 159 BCE and was appointed high priest by the Seleucid ruler Alexander Balas in 152 BCE, was, according to this theory, known as the “Wicked Priest” who took the high priesthood by force from the Essene “Teacher of Righteousness.”[1] The hypothesis is still debated,[2] but Essene antipathy toward the Hasmoneans is accepted on all sides. This helps explain why no copies of 1 or 2 Maccabees were preserved at Qumran, and why, with one or two possible exceptions, the Dead Sea Scrolls have nothing positive to say about Hasmonean rule.[3]

References to the later Hasmoneans are not quite the same as references to the Maccabean revolt, however. In this exercise in re-evaluating what most everyone takes for granted, I am looking for evidence that Jews in the first-century BCE/CE remembered the second-century BCE crisis under Antiochus IV Epiphanes.

This will be a long and somewhat technical series of posts—if I ever finish it—so let me say up front that the pickings are slim. Most proposed references in the Dead Sea Scrolls to the events leading up to the Maccabean revolt are not compelling on their own. Either the scenes of national devastation and foreign opposition are not specific enough to secure a link to Antiochus’s persecution (4Q179, 4Q381) or the text bespeaks the influence of Daniel with no necessary connection to the crisis Daniel had in view (1QM, 4Q246, 4Q248). That leaves (1) two or three texts with personal names that may indicate awareness of figures from the period (4Q169, 4Q245, 4Q523), (2) the reconstructed Apocryphon of Jeremiah C (4Q383, 385a, 387, 387a, 388a, 389), where I think a reference to the crisis under Antiochus is likely, and (3) the intriguing 4Q390, which I am still puzzling through.

My list of passages is drawn primarily from Hanan Eshel’s valuable, The Dead Sea Scrolls and the Hasmonean State (Grand Rapids: Eerdmans, 2008). If anyone can point me to additional references in the Scrolls to events associated with the Maccabean revolt, I would be grateful.

[1] For this hypothesis, see James C. VanderKam, The Dead Sea Scrolls Today, 2nd ed. (Grand Rapids: Eerdmans, 2010); Hanan Eshel, The Dead Sea Scrolls and the Hasmonean State (Grand Rapids: Eerdmans, 2008), 29–61. Geza Vermes, The Complete Dead Sea Scrolls in English, 7th ed. (London: Penguin, 2011), claimed that the hypothesis “was first formulated” by him in 1952. Frank Moore Cross, The Ancient Library of Qumran, 3d ed. (Minneapolis: Fortress, 1995), 101, acknowledged that the view was first “worked out most persuasively by Vermès and Milik,” but claimed that in general terms at least it was “by no means new.”
[2] For example, John J. Collins, Beyond the Qumran Community: The Sectarian Movement of the Dead Sea Scrolls (Grand Rapids: Eerdmans, 2010) dates conflict between the “Wicked Priest” and the “Teacher of Righteousness” to the first century BCE.
[3] The main exception is 4Q448 where על יונתן המלך could be translated “for King Jonathan” or “against King Jonathan”; the other is a possible reference to Hasmonean priests in 4Q387.
Posted by d. miller at 2:34 PM No comments:

E. M. Forster on the Problem with Herbert

“What was amiss with Herbert? ... He was capable of affection: he was usually courteous and tolerant. ... Why in spite of all these qualities, should Rickie feel that there was something wrong with him—nay, that he was wrong as a whole, and that if the Spirit of Humanity should ever hold a judgment he would assuredly be classed among the goats? The answer at first sight appeared a graceless one—it was that Herbert was stupid. Not stupid in the ordinary sense—he had a business-like brain, and acquired knowledge easily—but stupid in the important sense: his whole life was coloured by a contempt of the intellect. That he had a tolerable intellect of his own was not the point: it is in what we value, not in what we have, that the test of us resides. Now, Rickie’s intellect was not remarkable. … But he … tried to make such use of his brain as he could, just as a weak athlete might lovingly exercise his body. Like a weak athlete, too, he loved to watch the exploits, or rather the efforts, of others—their efforts not so much to acquire knowledge as to dispel a little of the darkness by which we and all our acquisitions are surrounded. … Herbert’s contempt for such efforts revolted him. He saw that for all his fine talk about a spiritual life he had but one test for things—success: success for the body in this life or for the soul in the life to come. And for this reason Humanity, and perhaps such other tribunals as there may be, would assuredly reject him.” - E.M. Forster, The Longest Journey (London: Edward Arnold, 1907), 187-8.