"It was, in a new form, the old, old trouble that eats the heart out of every civilization: snobbery, the desire for possessions, creditable appendages; and it is to escape this rather than the lusts of the flesh that saints retreat into the Himalayas" - E. M. Forster, A Passage To India

"Although her hard school-mistressy manner remained, she was no longer examining life, but being examined by it; she had become a real person" (254).

"But . . . her behaviour rested on cold justice and honesty; she had felt, while she recanted, no passion of love for those whom she had wronged. Truth is not truth in that exacting land unless there go with it kindness and more kindness and kindness again, unless the Word that was with God also is God. And the girl's sacrifice--so creditable according to Western notions--was rightly rejected, because, though it came from her heart, it did not include her heart" (254-5).

Regular programming, such as it is, will most likely resume in a month or two.
Posted by d. miller at 4:25 PM No comments:

Email ThisBlogThis!Share to TwitterShare to FacebookShare to Pinterest
Labels: A Passage to India, Hermeneutics

Most of life is so dull that there is nothing to be said about it, and the books and talk that would describe it as interesting are obliged to exaggerate, in the hope of justifying their own existence. Inside its cocoon of work or social obligation, the human spirit slumbers for the most part, registering the distinction between pleasure and pain, but not nearly as alert as we pretend. There are periods in the most thrilling day during which nothing happens, and though we continue to exclaim, 'I do enjoy myself,' or, 'I am horrified,' we are insincere. 'As far as I feel anything, it is enjoyment, horror'--it's no more than that really, and a perfectly adjusted organism would be silent. - E. M. Forster, A Passage To India

This is my second time through A Passage to India. Since I rarely read novels twice, that's saying something!
Posted by d. miller at 9:30 AM No comments:

Email ThisBlogThis!Share to TwitterShare to FacebookShare to Pinterest
Labels: A Passage to India, Miscellaneous

Sad news this weekend (here, here, and here) that the excellent free Greek resource, zhubert (or ReGreek), has been shut down because of copyright complaints from the German Bible Society, whose motto is "Die Bibel zu den Menschen bringen."

I have nothing positive to say about the German Bible Society in this regard. They should know that letting sites like zhubert use a resource based on their text is not going to cut into sales of print volumes. And if they are a society dedicated to bringing the Bible "to the people," well . . .

One good thing that may come of this--if free resources are forced to fall back on the Westcott-Hort text--is a greater willingness to question the status of the UBS4 text as the modern-day "text received by all."

I should note that the Open Scriptures Project aims to resurrect zhubert. More power to them!
Posted by d. miller at 3:50 PM No comments:

Email ThisBlogThis!Share to TwitterShare to FacebookShare to Pinterest
Labels: Greek 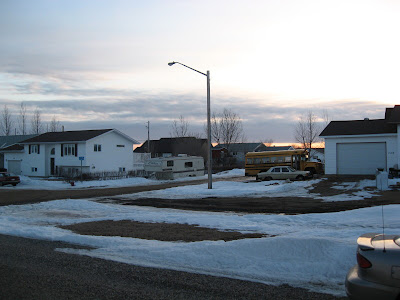 Normally around this time of year I dream about traveling to some far away place, but since I get to go to Israel this spring, I've found myself dreaming about what I'll have time to do when I return. For instance, I'm looking forward to starting a reading group again this summer. Here are some ideas:
And no, it's not spring here yet. To be fair, I took these picture earlier this week, and it has been trying to thaw since then, but there is still plenty of snow around, and we will likely get more before this long winter is done. 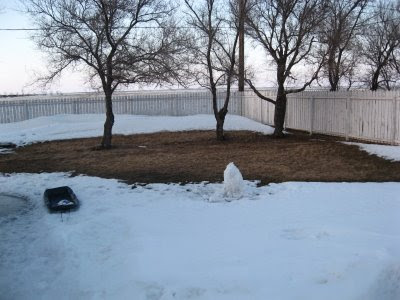 Enoch, Levi, and Jubilees on Sexuality

My review of William Loader's Enoch, Levi, And Jubilees On Sexuality: Attitudes Towards Sexuality In The Early Enoch Literature, The Aramaic Levi Document, And The Book Of Jubilees

(Grand Rapids: Eerdmans, 2007) is now published in the Journal of Hebrew Scriptures. In case you are wondering, this is not a book I would have selected to review on my own, but it had been a while since I was last invited to review a book, so I said yes. It ended up being more interesting than I expected.

Most interesting on the curiosity side of things is an answer to the age-old question: Did Adam and Eve have sex in the garden? Loader argues that Jubilees would answer "no" because the garden corresponds to the sacred space of the Temple, but that Jubilees does suggest Adam and Eve 'knew' each other in a sexual sense before they entered the garden. So now you know.

On a more mundane, but more useful level, I was struck by the similar assumptions about Gentile immorality in Jubilees and Paul. This is a stereotype that Jews in general took for granted.

Paul's comments about purity in connection with Christians who are married to unbelievers are also similar to the concerns shared by 1 Enoch, the Aramaic Levi Document and Jubilees about intermarriage with Gentiles. Paul, however, claims that "the unbelieving husband is sanctified by his wife, and the unbelieving wife is sanctified by the brother" (1 Cor 7:14). For the documents Loader surveys, illicit marriage defiles.
Posted by d. miller at 1:18 PM No comments:

Difficult as it is to accept one's own limitations, there are giants and there are ordinary mortals. David Flusser, by all accounts, was one of the giants:

. . . the audience, composed mostly of graduate student “groupies,” was mesmerized by his lectures, even if they did seem to jump from subject to subject. While sometimes even these students found some of his musings seemingly incoherent, upon further reflection they (and I) often realized how absolutely brilliant they were, even if totally unconventional at times. There was a method to all this, and it clearly was the method of a creative scholar, humanist, and genius. And it was all outstanding classroom theater. Flusser was at home in Hebrew (and in a dozen or so other languages) . . . (From Joshua Schwartz's RBL review.)

"Self-understanding always occurs through understanding something other than the self, and includes the unity and integrity of the other." - Hans-Georg Gadamer, Truth and Method

It's a good thing I'm reading Gadamer for the big picture because there was a lot in the first 100 pages of Truth and Method (on "Transcending the Aesthetic Dimension") that sailed right over my head.
Posted by d. miller at 7:21 PM 2 comments:

I posted Martin Luther's 1522 "Preface to the Revelation of St. John" a month ago because it illustrates Luther's mid-way position between the patristic and medieval "hermeneutics of faith," on the one hand, and the wholesale hermeneutics of suspicion of the Enlightenment and its historical-critical heirs, on the other:

"For Luther, as for Erasmus and all earlier Christian hermeneuts, the disposition of the reader remains crucial: we must preface our reading with prayer and continue with the eye of faith, and our faith is thereby strengthened by our reading. But although his is clearly a hermeneutics of faith, it is also actually a hermeneutics of suspicion, at least in principle, for thereby we grow in faith in a typically circular movement from universal faith to particular inquiry and back to universal faith, which is strengthened in the process." - David Jasper, A Short Introduction To Hermeneutics

If Augustine would not stop until he found Christ in the text--by allegory if not in the literal sense, Luther was willing to discard New Testament books, such as James and Revelation, in which he could not see Christ.

My own working approach is to accept the canon on the basis of tradition. I assume the Spirit guided the selection of our 27 NT books, and I accept them as given as a rule of faith. I also happen to like Revelation--not least because of its fantastic visions and images.
Posted by d. miller at 4:53 PM 4 comments: