Reflections on Teaching Ancient Greek as a Living Language 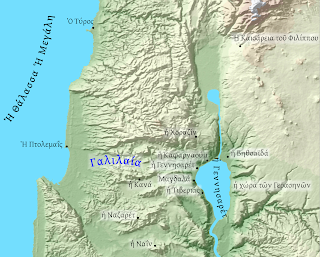 Last fall I had the privilege of helping lead Briercrest’s first Intensive Koiné Greek Semester. We were able to pack the equivalent of five conventional courses (and then some) into one extended 15-week semester, with classes running all morning, Monday to Friday, and a required tutorial each afternoon. Our goal was not simply to cover a lot of material, but to create the conditions for an immersive, active, and living learning environment where Ancient Greek could be taught in Ancient Greek, and students could learn Ancient Greek as they would any other modern language.

In traditional biblical language courses, the majority of class time is spent talking about Greek or Hebrew in English. Students labour over analysing word forms, memorizing vocabulary by rote, and producing their own English translations. This approach appeals only to a small percentage of analytical learners, and even at the best of times tends to result in a superficial understanding about how the language works, not a knowledge of the language itself. There is a reason why most students who study Greek or Hebrew do not succeed in maintaining a long-term reading knowledge of the language.

Thankfully, there is growing interest in another approach to teaching the biblical languages that draws on best practices in modern second-language pedagogy. We decided to adopt this approach and teach Ancient Greek in Greek out of a desire to make the language more accessible to anyone who wants to learn, and to help students internalize the language so that they will be better prepared to develop a life-long practice of reading the Bible in Greek. As far as I know, the combination of an intensive five-course semester of Greek with a living-language methodology is unique in North America.

Of course, there are things we will do differently next time, but the initial experiment was a success. Students who began the semester without even knowing the Greek alphabet spent the final three weeks working through the Greek text of the Gospel of Mark, and talking about it in Greek. On our last day of class, we read and discussed Mark’s account of Jesus’ death and resurrection (chapters 15-16). Then the room full of 30 students stood and recited the Lord’s prayer in unison. The following day, the students wrote their final exams, including essay questions, entirely in Greek. I call that a win.

Time will tell how many of our Greek guinea pigs maintain a long-term reading knowledge of the language, but there is an initial sign that the course achieved one major goal: to inspire students to continue studying Greek. Students who major in Biblical Studies at Briercrest are required to complete four language courses in either Greek or Hebrew. Our students have already completed five, and more than half the class are now registered for next semester’s entirely optional Koiné Greek VI course on the Greek text of 1 Corinthians.
This is the first in a 3-part series. Parts 2 and 3 are here:
Part 2: The Prequel
Part 3: Endnotes
Posted by d. miller at 7:37 PM 3 comments: