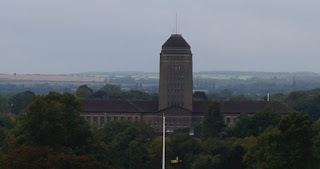 I was in the Cambridge University Library yesterday morning trying to locate a book, when I came across Louis Feldman's mammoth 1000-page review of scholarship on Josephus. The introduction concludes with this comment: 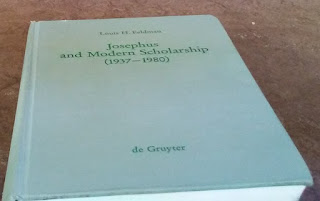 "One is struck by the sheer increase - 147% - in the amount of published material .... As one who has read almost all of this material, the present writer is reminded of the anecdote which Cicero (Pro Archia 10.25) tells about Sulla, who rewarded a worthless poet who had composed an epigram about him with a present of property from proscribed persons, on the condition that he should not write anything thereafter. In addition to the Desiderata listed at the end of this study, we may be forgiven for expressing the hope - or prayer - that one of the wealthier foundations will establish a fund to give grants on similar conditions, or, at the very least, on the condition that scholars will read what has been written in their field before they embark with pen in hand." - Louis Feldman, Josephus and Modern Scholarship (de Gruyter, 1984), 3.

One sign that Feldman's plea has gone unheeded is the unread tomes spilling over onto the floor in the library's Biblical Studies section. In today's world, scholars who attempt to read everything before they take pen in hand may never write anything of their own. Still, there's something to be said for a thorough lit review.