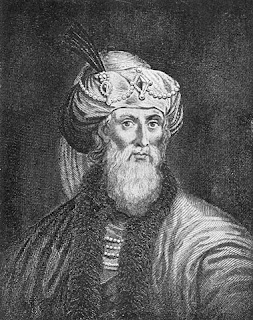 A week from today, on the morning of Monday, November 21st, I am scheduled to present my second SBL paper, this time in the Hebrew Bible and Political Theory section (S21-128). This paper is on the influence of Deuteronomy 18 on Josephus's political philosophy. Because Josephus never directly quotes the chapter, it is in the first place an argument that Josephus read Deuteronomy 18, and that it influenced his writing of the Antiquities. Here is the abstract:


Josephus’s stated preference for an aristocratic form of government in Antiquities 4.223 is often understood in terms of the priestly aristocracy of Josephus’s early life in Jerusalem. Yet while Josephus’s description of first-century Judean political life and his other forays into Greco-Roman political discourse are important evidence for his political philosophy, interpreting Antiquities 4.223 merely as a reference to priestly aristocracy overlooks the function of 4.223 in its immediate context. Josephus’s claim that “aristocracy is indeed the best” contrasts rule by kings—criticized in Deuteronomy 17 and by Josephus in Antiquities 4.223-4—with a different form of government summarized in Antiquities 4.214-218. This passage, the first direct comment about rulers in Josephus’s account of the Jewish politeia (4.196-302), describes local leaders who judge legal cases in local cities (4.214-7), and what amounts to a court of appeals in Jerusalem, comprising “the high priest and the prophet and the council of elders” (4.218).

Sarah Pearce (2013) has argued convincingly that the “council of elders” corresponds to the Israelite “elders” who appear in leadership positions elsewhere in the Pentateuch, and that within the narrative context of Antiquities, the high priest represents Eleazar, and the prophet, Joshua. However, Pearce proposes that the members of the high court are left anonymous in 4.218 because Josephus wanted to depict the court as an “ideal constitution,” “valid for a timeless present” but instantiated only in Moses’ immediate successors. Pearce does not connect 4.218 with the reference to “aristocracy” in 4.223 and she denies that Josephus “is concerned … with an interpretation of distinct elements of the biblical text through a process of one-to-one substitution.” In this paper I will argue that in Antiquities 4.214-218 aristocracy is defined as supreme rule in the holy city by high priest, prophet and council of elders, that this formulation represents an interpretive paraphrase that abbreviates and combines Deuteronomy 16-17 with the description of the “prophet like Moses” in Deuteronomy 18, and that this aristocratic pattern—including the “prophet”—recurs elsewhere in the Antiquities and functions as a standard by which other forms of government are measured. While Josephus draws on contemporary Greco-Roman political discourse, his political philosophy—at least as it appears in the Antiquities—is also informed and shaped by his reading of Torah, including the description of the “prophet like Moses” in Deuteronomy 18:15. At SBL next Sunday morning I am scheduled to present a paper in the Book of Acts section on "Maccabean Characterization and Reverse Polemic in Acts." The rather long abstract I submitted in February can be read here, for anyone so inclined.

What follows is a slightly modified thesis paragraph from my current draft:


I will argue that Luke knows his story might appear to entail a rejection of Jewishness, like that of the Maccabean era, and he attempts to avert this misreading through a series of allusions to 1-2 Maccabees. First, he allows opponents of the Gentile mission to draw parallels between Jewish Christ-believers and the Jewish renegades of 1-2 Maccabees in order to set up Paul’s climactic rejection of this position in the latter chapters of Acts. Second, Luke reverses the Maccabean “script,” claiming that it is not Jewish Christ-believers but their Jewish critics who play the part of Antiochus and the renegades. This polemical contrast supports Luke’s argument that the Messianic claims of Jesus and the Gentile mission do not undermine the law or threaten the Jewish identity of Jesus’ Jewish followers. The contrast also indicates that the church in Luke’s own day had not moved as far toward a wholly non-observant Gentile Christianity as many suppose.