Did Augustine need the Bible?

I had my Hermeneutics class read the following from Augustine's On Christian Doctrine:

And thus a man who is resting upon faith, hope and love, and who keeps a firm hold upon these, does not need the Scriptures except for the purpose of instructing others. Accordingly, many live without copies of the Scriptures, even in solitude, on the strength of these three graces. So that in their case, I think, the saying is already fulfilled: "Whether there be prophecies, they shall fail; whether there be tongues, they shall cease; whether there be knowledge, it shall vanish away." [1 Cor 13:8] (On Christian Doctrine, Book 1, Chapter 39)

Someone asked: "Did Augustine think he had arrived at the place where he no longer needed the Bible?"

A few days later I found the answer on Dustin Resch's blog, who quotes from a letter Augustine wrote to one Volusianus:

"For such is the depth of the Christian Scriptures, that even if I were attempting to study them and nothing else from early boyhood to decrepit old age, with the utmost leisure, the most unwearied zeal, and talents greater than I have, I would be still daily making progress in discovering their treasures; not that there is so great difficulty in coming through them to know the things necessary to salvation, but when any one has accepted these truths with the faith that is indispensable as the foundation of a life of piety and uprightness, so many things which are veiled under manifold shadows of mystery remain to be inquired into by those who are advancing in the study, and so great is the depth of wisdom not only in the words in which these have been expressed, but also in the things themselves, that the experience of the oldest, the ablest, and the most zealous students of Scripture illustrates what Scripture itself has said: 'When a man has done, then he begins' (Sirach 18:6).” (Epistle 137)

Thanks Dustin! I'll be using this in class next week--both because of Augustine's statement about Scripture and because of his quotation from Sirach as Scripture at the end.
Posted by d. miller at 7:00 PM No comments:

"There's nothing harder than learning how to receive."
From the Over the Rhine song I can't stop listening to this week:

The lyrics and a free mp3 to "All I need is everything" can be found here.
Posted by d. miller at 4:26 PM No comments:

Email ThisBlogThis!Share to TwitterShare to FacebookShare to Pinterest
Labels: Music

In case anyone wonders, a very full second semester began two weeks ago (a couple days after my last post), and I am trying to stay afloat. With four courses, including one new prep, and 160+ students, this one may well be the busiest yet. My schedule:

After reading the Prefatory Address to King Francis and the first four chapters of Calvin's Institutes, I am impressed with his knowledge of Scripture (it would take me a long time to be able to prooftext that good!), his hatred of anabaptists, and his vision of God. Here are a few excerpts on the last topic:

"For until men recognize that they owe everything to God, that they are nourished by his fatherly care, that he is the Author of their every good, that they should seek nothing beyond him--they will never yield him willing service. Nay, unless they establish their complete happiness in him, they will never give themselves truly and sincerely to him." (II. 1)

"For the pious mind . . . restrains itself from sinning, not out of dread of punishment alone; but, because it loves and reveres God as Father, it worships and adores him as Lord. Even if there were no hell, it would still shudder at offending him alone." (II.2)

"Accordingly, whoever heedlessly indulges himself, his fear of heavenly judgment extinguished, denies that there is a God." (IV.2)

I finally stumbled upon the hermeneutics textbook I have spent years looking for--something suitable for first and second year college students, methodologically sophisticated, a book my students will actually read (and enjoy).

First clue: The blurb on the back says that Camery-Hoggatt writes academic stuff "In addition to his popular fiction." I picked up a copy at the Abingdon booth at SBL, not expecting much from yet another guide to reading Scripture, and could hardly put it down. Here is an example, chosen more or less at random:

Picture an archivist who works at a Hollywood film studio, carefully examining an old black and white film. In my mind's eye, she's using one of those cool monocles, leaning in close over a light table, examining the frames one at a time. This is, in fact, an important thing to do--for an archivist. But it's not what we do when we see a film in a theater. The individual frames pass before a light one at a time, but the mind blends them together into a fluid, moving picture on the screen. Within the mind, an even higher level of blending takes place, so that we're only tacitly aware of the moving pictures; what really makes our brainpans crackle are the plot sequences, the motivations of characters, the frustrations that occur as the plot complicates, the ironic twists, the tricks and traps. We hiss at the villains and admire the heroes; we learn to care about them, and we may even cry when they bite the dust.

The guy knows how to write. One gets the sense the book is the product of years of teaching, not something rushed into print to gain tenure. It is chock full of funny and gripping illustrations, as well as crystal clear explanations of complex concepts. I discovered it too late to use as a textbook, but I expect to draw on it liberally in class this semester. My teaching will be the better for it.

There is only one problem: I counted five references to the Old Testament in the whole book, most of which are cited to illustrate a New Testament passage. (I missed a few: The index cites 10 OT books or passages, but compare that to 68 references to the NT.) Camery-Hoggatt is not an actual Marcionite, of course, but the book should probably be subtitled A Guide to New Testament Interpretation or --since the rest of the NT is hardly mentioned--A Guide to the Gospels.

Well, maybe two problems: Perhaps because I'm not as keen on social-scientific approaches, I found myself disagreeing with Camery-Hoggatt's actual examples of interpretation more often than not--but I can live with that in a textbook. More problematic for me because it smashes one of my hot-buttons is Camery-Hoggatt's statement that "rabbinic convictions place theory over pactice" (207). This is simply wrong. It perpetuates negative Christian stereotypes about Judaism and should be edited out of the next edition.

These caveats aside--no books does everything, and I don't want to condemn a book simply for having the wrong title--Reading the Good Book Well is, in many respects, still miles ahead of the competition. I will most likely adopt it as a textbook next year.
Posted by d. miller at 12:00 PM 3 comments: 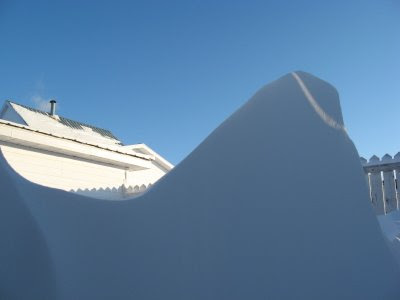 I got a deal on Calvin's Institutes Of The Christian Religion

in seminary. To maintain theological equilibrium I always shelve them next to the 3 volume Works of James Arminius, but unfortunately both remain among the unread books that line my study walls. 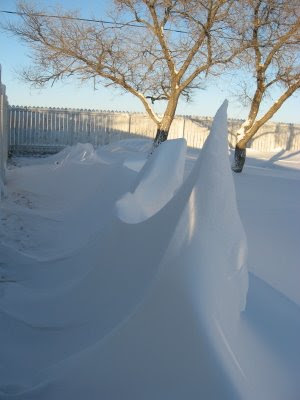 That will change this year, I hope, thanks to Princeton Seminary's read-the-Institutes-in-a-year plan to commemorate the 500th anniversary of Calvin's birth. At just a few pages a day, the reading schedule is not too demanding, and it's not too late to join in. You don't even have to own your own copy: Along with the reading schedule, this website provides the text for each day as well as a podcast version for those on the move. 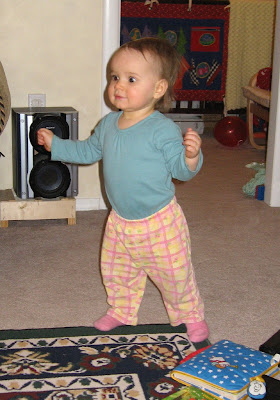 Anyone up for the Works of Arminius in 2010? 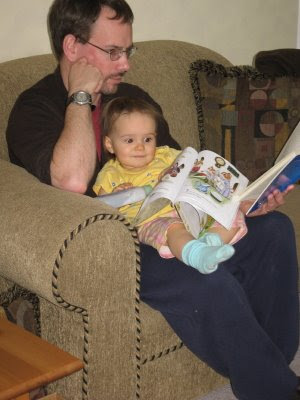 Early last year t. and I decided to read the Hebrew Bible/Old Testament backwards. It has been far too long since I read through the OT, and the idea was to start with the least familiar. We are reading the NJPS TANAKH translation in the Jewish Study Bible, but following the usual Protestant order. This morning we finished Jeremiah.

The translation is different enough to be refreshing, and the notes--references to Rabbinic discussions mixed in with standard historical-critical commentary by first-rate Jewish scholars--are often interesting and thought-provoking.

On the thought-provoking side, Marvin Sweeney's commentary on Jeremiah points to several apparently unfulfilled prophecies. I did not recall encountering these before, so I decided to check the old NIV Study Bible (notes on Jeremiah by Ronald Youngblood) that I was using the last time I read Jeremiah.

What follows is a comparison of these two Study Bibles, with the HarperCollins Study Bible (notes on Jeremiah by Leo Perdue and Robert Wilson) as a control. The quotations are from the JPS TANAKH translation:

My impressions: The NIVSB papers over (#2) or ignores (#1 and #3) puzzling features of Jeremiah. Boo!! JSB exaggerates the problems (#1 and #3 on Jer 50:3). HCSB wins the prize for balance. I'm curious to see how the new ESV Study Bible fares, but I don't have a copy and I am not going to purchase one this year.

Passage #1 is easily harmonized if one regards a natural death in prison as "peaceful" and imagines people mourning for Zedekiah. Passage #3 is not especially troubling if one recognizes the metaphorical nature of biblical prophecy. I am still puzzled by #2. If any OT specialists have read this far, I'd be glad for their thoughts.
Posted by d. miller at 9:11 AM 4 comments:

I'm not one to make new year's resolutions, but this seemed an important enough goal to formalize:

I have decided not to purchase any* books in 2009.
With apologies to the publishers and booksellers who I know still need to make a living, I have a serious backlog of books I haven't read, and I am tired of their taunting me from the walls of my study.


*Fine print: Normally there are a few steals in the Archibald Library's annual sale that are too good to pass up. I may make one or two exceptions for books I absolutely need for courses.
Posted by d. miller at 1:00 PM 4 comments: