"[N]othing is so obvious in a child--not in a conceited child, but in a good child--as its great and undisguised pleasure in being praised. . . . Apparently what I had mistaken for humility had, all these years, prevented me from understanding what is in fact the humblest, the most childlike, the most creaturely of pleasures--nay, the specific pleasure of the inferior: the pleasure of a beast before men, a child before its father, a pupil before his teacher, a creature before its Creator. I am not forgetting how horribly this most innocent desire is parodied in our human ambitions, or how very quickly, in my own experience, the lawful pleasure of praise from those whom it was my duty to please turns into the deadly poison of self-admiration. But I thought I could detect a moment--a very, very short moment--before this happened, during which the satisfaction of having pleased those whom I rightly loved and rightly feared was pure. And that is enough to raise our thoughts to what may happen when the redeemed soul, beyond all hope and nearly beyond belief, learns at last that she has pleased Him whom she was created to please. There will be no room for vanity then. She will be free from the miserable illusion that it is her doing. With no taint of what we should now call self-approval she will most innocently rejoice in the thing that God has made her to be, and the moment which heals her old inferiority complex for ever will also drown her pride deeper than Prospero's book. Perfect humility dispenses with modesty. If God is satisfied with the  work, the work may be satisfied with itself" - C.S. Lewis, The Weight of Glory and Other Addresses

I usually ignore memes, but Dale Harris's recent list of "Top Ten Books I Never Finished" is too good to pass up:


"So here's my list of the top ten literary ghosts of my past, rattling their unfinished chains at me from the dusty corners of my bookshelf. What about you? Any books back there that you started with the best of intentions only to get bogged down and abandon somewhere between "Once upon a time" and "happily ever after"?"

So among the scores of unread books on my shelves, here's a list of ten that I have attempted and, for the most part, grudgingly replaced:

I began Don Quixote in high school because it was one of the books in our temporary residence, and a classic. I read enough to learn what quixotic means.

9. Pilgrim's Progress, John Bunyan. I read the picture book as a child, but have never made it through the unabridged edition.

8. Modern Times, Paul Johnson. A gift from my uncle. I always thought I should finish it, until I realized that it is now a piece of history in its own right.

7. G. W. F. Hegel: Theologian of the Spirit, G.W.F. Hegel. This collection from the writings of Hegel is, hands down, the most boring book I have ever attempted. Although I returned it to my bookshelf years ago, the bookmark is still in place.

6. Truth and Method, Hans-Georg Gadamer. Compared to Hegel, Gadamer is impossible to put down. Lots of good stuff here, and I hope to return to it someday. Book-mark in place, but back on the shelf for now.

4. Paul and Palestinian Judaism, E.P. Sanders. I read the first 238 pages (on rabbinic Judaism) as a requirement in grad school, and loved it. Someday I'd like to return to the final 400.

3. The Problem of Pain, C.S. Lewis. After two attempts, I decided the problem with this book was not mine: Lewis's apologetic is dated and not to my taste.

2. The Divine Conspiracy, Dallas Willard. I could make a separate list of failures as read-aloud-before-bed books. Whatever his other merits, Wallace Dillard (as he is affectionately known in our household), does not write for the ear. This one is still on my night stand, but has been usurped by #1.

A Lament for Unanswered Questions

Teaching, grading and interacting with students to one side, preparation for current courses and work on active writing projects leaves little time to think about the Big Questions.

Don't get me wrong, I enjoy my current writing projects, and I hope they contribute in some small way to the larger scholarly issues of which they are a part. 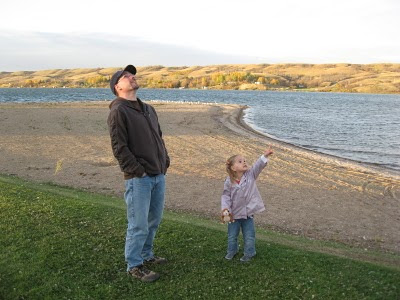 The Big Questions I have in mind are central to my life as a Christian and embarrassingly basic. I am not concerned to find something new to say about them. I don't need to publish anything. I just want to resolve them to my own satisfaction.

In an effort to keep the questions on the table, I plan at least to introduce one or two of them here. Maybe someone will be able to point me to the answers...
Posted by d. miller at 2:11 PM 3 comments:

Prophecy after the Prophets

I will be offering an upper level seminar at Briercrest College and Seminary next semester on early Christian prophecy within its early Jewish and Greco-Roman contexts. The course will be cross-listed in the college as BLST415 Advanced Studies in New Testament Literature, and in the seminary as BT829 New Testament Specialty: Prophecy after the Prophets.

The questions we will consider include the following:

I will post the syllabus when it is complete. (My next major task is deciding on the readings--the single most important part of designing a successful seminar. Any recommendations?)

Bonhoeffer Thought for the Week

"[H]e was in deadly earnest when he called for Christian action and self-sacrifice. This explains why Bonhoeffer always acted spontaneously, 'in hiding', frar from all publicity, and why he considered self-righteousness and complacency great sins against the Holy Spirit, and regarded ambition and vanity as the start of the road to hell." - G. Leibholz, "Memoir", p. 18 in The Cost of Discipleship

Good thing biblical scholars and theologians aren't motivated by ambition or vanity.
Posted by d. miller at 8:29 PM No comments:

The Society of New Testament Literature (?)

This is a good year for Luke-Acts scholars at the Society of Biblical Literature's Annual Meeting: I counted 4.5 sessions dedicated to the Book of Acts, the usual 2 sessions on the "Formation of Luke-Acts," and another 3 sessions dedicated entirely to the Gospel of Luke, for a total of 9.5 sessions--and that's not including papers in other sessions that happen to focus on Luke and/or Acts.

Is this because Luke-Acts remains a "storm-center in contemporary scholarship" to use the over-worked description that W. C. Van Unnik originally penned in the 1960's? Or is something out of balance here? (Or am I just jealous because I'm not going?)

For the sake of comparison, there are 6 sessions on Matthew, 4 on Mark, 3 on Isaiah (2 on the Formation of Isaiah; 1 on "Reading Isaiah as Christian Scripture"), 3 on Jeremiah, 2 on Genesis (if you include one on Christian readings of Genesis), 1 on Exodus. Notice a pattern? Of course, there are also plenty of sessions on various hermeneutical theories and approaches, but my guess is that a majority of text-based papers in these sessions focus on the NT.
Posted by d. miller at 9:54 PM No comments:

Email ThisBlogThis!Share to TwitterShare to FacebookShare to Pinterest
Labels: SBL

Jerome Kodell on Salvation, Preaching and Community in Acts

First, the gem: "In preaching the word, the believer is preaching his own life as lived in community, and the offer and challenge of faith is an offer of community."

The context (including several more gems):


"Salvation through Christ and life in the church is a complex mystery in Acts. Christianity is acceptance of the message that Jesus is Lord and Christ and adherence to him in personal faith. But acceptance of Christ and his message is still only a beginning. This act leads necessarily to baptism into a community, where believers share life together in κοινωνία [fellowship]. Because the church is missionary, this fellowship is not introverted, but opens out to the world under a mandate to witness to Christ by preaching the word to others by word and deed. Faith leads to community, community to witness. The circle is completed when the believer, having accepted the word through the church, takes the word to others as a member of the church.

"After the resurrection, the word of God is embedded in the Christian community. It lives in the church in a community of life with the believers. In preaching the word, the believer is preaching his own life as lived in community, and the offer and challenge of faith is an offer of community. Luke sees the word so bound up with community life and witness that he can say "The word of God grew" when the church adds new members."