The Book of Common Prayer and Bible Literacy 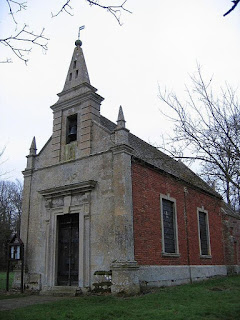 I recently stumbled across a 450-year-old "Through the Bible in a Year" reading plan in the 1662 edition of the Book of Common Prayer:


The list of daily lectionary readings in the 1662 Book of Common Prayer was taken over more-or-less unchanged from the first 1549 edition. The plan omits the book of Revelation, the subject of controversy in post-Reformation England, and parts of the Old Testament, but makes up for it by reading through the Psalter once every 30-day month and the rest of the New Testament three times in the year. The result is a schedule that is more rigorous than most contemporary Bible reading plans, and, I suspect, significantly more than is expected of churchgoers in most evangelical churches today.

How widely this plan was adopted is another question. For most people in 17th-century England, church consisted of the morning and evening prayer services--Matins and Evensong--but only on Sundays. Most people would not have owned a copy of the prayer book, and most churches did not offer daily services. John Spur notes that "the rector of Clayworth in Nottinghamshire thought himself conspicuously pious when he resolved to read prayers on Wednesdays and Fridays during Lent."*

Nevertheless, the plan had an impact. To take one famous example, the community established by Nicholas Ferrar at Little Gidding "read the regular daily offices of the Book of Common Prayer, including the recital every day of the complete Psalter."** According to Hannibal Hamlin's fine Oxford Handbook article on "Reading the Bible in Tudor England," "apparently many did follow the Prayer Book's 'order howe the Psalter is appointed to be read'" each month. If the BCP's annual reading plan for the whole Bible did not catch on as widely, that may have been because there were other more popular alternatives: "Daily reading of the rest of the Bible was a common practice, but readers could either decide on their own reading plan or follow one of the many available in print."***

Indeed, the BCP's daily lectionary is in many respects characteristic of the dedication to lay Bible reading that both contributed to and resulted from the Protestant Reformation. As a result, as Hamlin puts it, "the Bible permeated almost every nook and cranny of sixteenth-century culture."***

Perhaps there is something to be learned here by Protestant churches today who lay claim to the heritage of the Reformation. Why not take a lead from a 16th-century church willing to instruct its members to read through the Bible every year? I submit that the practice of Bible reading says more about the authority of Scripture than any doctrinal statement.