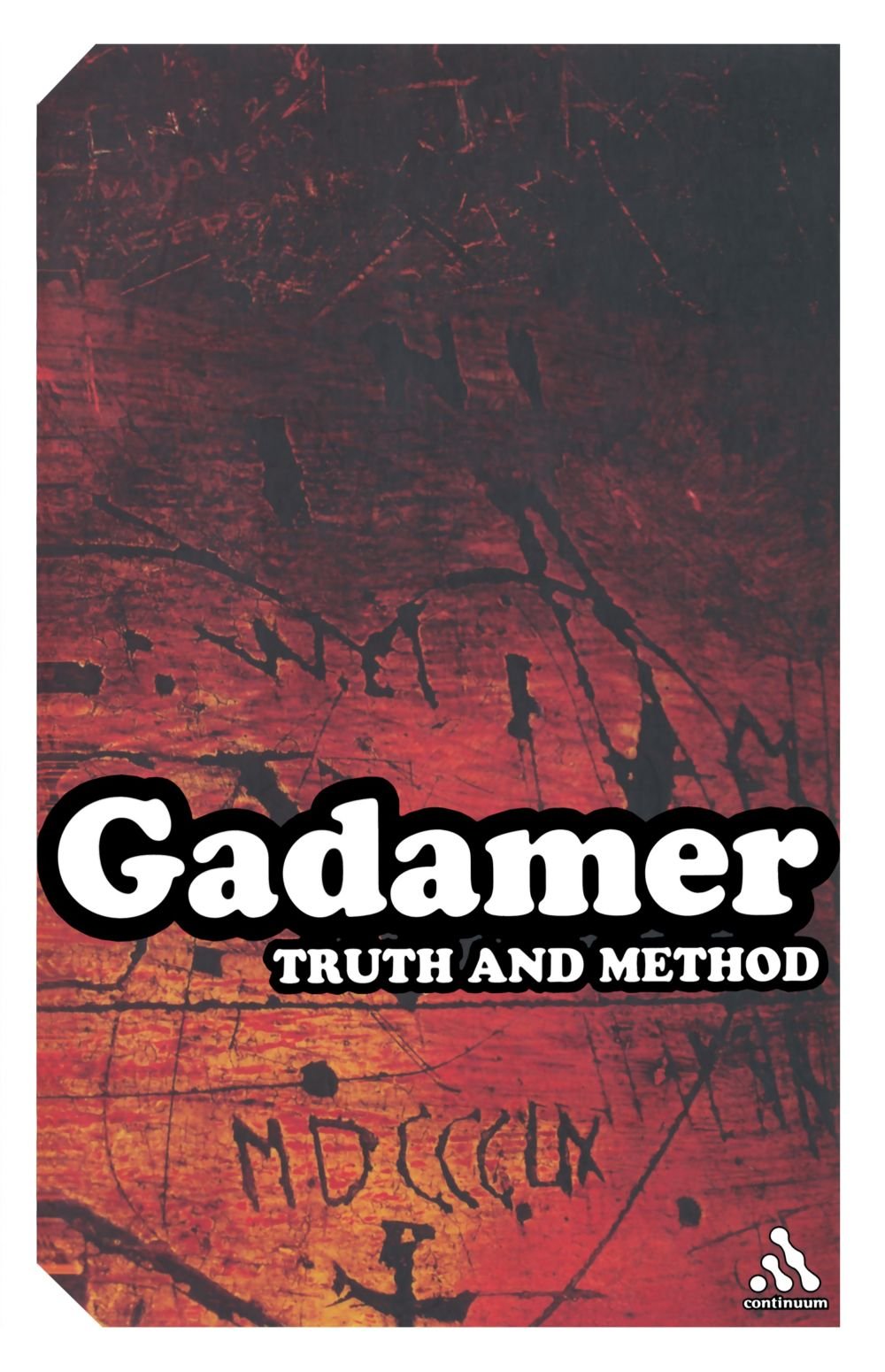 I began Hans-Georg Gadamer's Truth and Method in 2008, read a little over 100 pages, and stopped (evidence: here, here and here). The tome languished in my personal library graveyard for unfinished books until this January, when I picked it up again. Completing the final 450 pages almost a decade later feels like an accomplishment worth celebrating. t. suggested a cake, and the conversation quickly turned to what a Gadamer Cake would be like: Dense, I said, and layered. No, not a fruit-cake. It's more substantial than that. It has to be taken in small servings, and it really does a number on your system.

The translator's preface puts it this way: "The book is powerful, exciting, but undeniably difficult. Published when Gadamer was sixty, it gathers the ripe fruit of a lifetime's reading, teaching and thinking."

The book must have been healthy too--Gadamer was born in 1900 and died in 2002. What follows is an excerpt from the 25-page Afterward, first published in 1986 with Gadamer's collected works. This dessert course warns of the dangers of a "scientific" over-reach that forgets its and humanity's own epistemic limits:


"In a time when science penetrates further and further into social practice, science can fulfill its social function only when it acknowledges its own limits and the conditions placed on its freedom to maneuver. Philosophy must make this clear to an age credulous about science to the point of superstition." (556)

The same goes for the social sciences:


"However uncertain are the factual bases on which rational management of social life might be possible, a will to believe impels the social sciences onward and drives them far beyond their limits." (557)

I recall an atheist Canadian New Testament scholar who, rather too conveniently, dismissed hermeneutics as in effect a cover for "theological obscurantism." I expect a similar approach is common to the scientism of the new atheists. Gadamer responds that such a dogmatic refusal to consider the limits of the scientific method is irrational:


"A philosophy of the sciences that understands itself as a theory of scientific method and dismisses any inquiry that cannot be meaningfully characterized as a process of trial and error does not recognize that by this very criterion it is itself outside science. ... By raising 'critical rationality' to the status of an absolute measure of truth, empirical theory of science regards hermeneutic reflection as theological obscurantism. ... What is remarkable is that, for the sake of rationality, theory of science here abandons itself to complete irrationality .... It fails to recognize that it is itself complicit with a much more fatal immunization against experience--for example, against that of common sense and the experience one gains in living. It always does so when it promotes the uncritical expansion of scientific management beyond specific contexts--for example, when it assigns responsibility for political decisions to experts." (558-9)

Quotations are from the second revised edition: Hans-Georg Gadamer, Truth and Method (London: Continuum, 2004).
Posted by d. miller at 4:10 AM No comments:

Gadamer on Translation and Living in "Dead" Languages

The following excerpts are ripped from their context in Hans-Georg Gadamer's Truth and Method and applied to two issues that Gadamer does not directly address, but that I care quite a lot about: why those who view the Bible as authoritative should learn the biblical languages, and how they should go about learning them.*


"[E]very translation," Gadamer declares, "is at the same time an interpretation." This is now a cliché, and Gadamer, surely, was not the one who coined it. In class, I like to quote the saying attributed to the Israeli poet and translator, Haim Nahman Bialik: "Reading the Bible in translation is like kissing your bride through a veil."**

Gadamer goes on to say that those who read a translated text can only engage in an interpretation of the translator's interpretation, not the original. In the somewhat stilted prose of Gadamer's translators:


[H]aving to rely on translation is tantamount to two people giving up their independent authority. Where a translation is necessary, the gap between the spirit of the original words and that of their reproduction must be taken into account. But in these cases understanding does not really take place between the partners of the conversation, but between the interpreters. ... The requirement that a translation be faithful cannot remove the fundamental gulf between the two languages. ... Every translation that takes its task seriously is at once clearer and flatter than the original. Even if it is a masterly re-creation, it must lack some of the overtones that vibrate in the original. ... [T]ranslating is like an especially laborious process of understanding, in which one views the distance between one's own opinion and its contrary as ultimately unbridgeable. And, as in conversation, when there are such unbridgeable differences, a compromise can sometimes be achieved in the to and fro of dialogue, so in the to and fro of weighing and balancing possibilities, the translator will seek the best solution--a solution that can never be more than a compromise." (pp. 386-8)


When he turns to learning a foreign language, Gadamer sets the bar higher than is normally done in your typical Greek or Hebrew language class:


"To understand a foreign language means that we do not need to translate it into our own. When we really master a language, then no translation is necessary--in fact, any translation seems impossible. ... For you understand a language by living in it--a statement that is true, as we know, not only of living but dead languages as well. Thus the hermeneutical problem concerns not the correct mastery of language but coming to a proper understanding about the subject matter, which takes place in the medium of language. Every language can be learned so perfectly that using it no longer means translating from or into one's native tongue, but thinking in the foreign language. Mastering the language is a necessary precondition for coming to an understanding in a conversation. ... Everything we have said characterizing the situation of two people coming to an understanding in conversation has a genuine application to hermeneutics, which is concerned with understanding texts." (pp. 386-7).

In other words, understanding the subject matter requires mastery of the language, and real mastery means living in the foreign language long enough to be able to think in it.

By this measure, I have a way to go before I reach fluency in Biblical Greek and Hebrew. But the limited progress I have made convinces me both that the effort is worth it and that we can do a better job learning and teaching the biblical languages if we make this sort of fluency the goal and then adopt best practices in second-language acquisition.

For helpful reflections on what this can look like, I heartily recommend Seumus Macdonald's blog, The Patrologist.

*For some of my other posts on learning Biblical Greek and Hebrew, see here, here, and here.

"I have always believed that scientific research is another domain where a form of optimism is essential to success: I have yet to meet a successful scientist who lacks the ability to exaggerate the importance of what he or she is doing, and I believe that someone who lacks a delusional sense of significance will wilt in the face of repeated experiences of multiple small failures and rare successes, the fate of most researchers." - Daniel Kahneman, Thinking Fast and Slow (Penguin: 2012)

Is the statement still true if you cross out "scientist" and write in "biblical scholar"?

Memorion - My quest to re-acquire Aramaic this year began inauspiciously with a frustrating and time-consuming review of Android flashcard apps. What I wanted, I realized, was a mobile version of my friend Ken M. Penner's powerful, but now very dated, Flash! Pro XP Windows Program, along with the elegant algorithm that I used to study Hebrew and German in grad school. Spaced-repetition flashcard apps, such as Anki, are now very common, but they require you to trust their "scientific" algorithm and conform your learning style to their arbitrary requirements. I finally settled on Memorion. Although it does not let you adjust the algorithm, it reviews words more frequently than most of the other spaced-repetition alternatives I tried, and it has lots of other helpful, powerful and flexible features.

Duolingo -  Speaking of languages, I started using Duolingo last year to refresh my German and Modern Hebrew. Aramaic has supplanted modern languages for the moment, but I look forward to returning to Duolingo presently. It's a fun, low-pressure approach to language-learning, and it works. Best of all, kids like it too. The Duolingo leaderboard has me at 13,570 XP, but that is mostly the result of s.'s work on French.

LeadTools OCR - As a workaround for a copier that does not generate searchable scanned PDF's, I use the Windows 10 LeadTools OCR app. It requires a few extra steps, but works well. Alas, it is still the case that I make digital copies of essays faster than I read them. 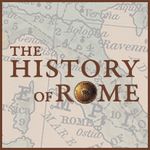 Podcast / Audiobooks at speed - I now enjoy a 20-minute workout at the beginning and end of each day as I ride across Cambridge to and from the Tyndale House library. The exercise is nice, and so is the concentrated "reading" time. (Welcome to the 21st-century, d. miller.) I enjoyed Mike Duncan's "History of Rome" podcast, and am now about half-way through the audible version of Charles Taylor's A Secular Age--a tome outside my field of study that I would probably never get around to if it were not for the daily commute. Pro-tip: You can read faster by increasing play-back speed. Your brain adjusts. I actually suspect I pay better attention to the book, though not necessarily to my surroundings, at a faster rate of speed. HT: Luke Johnson, who usually "reads" audiobooks at 3x speed.  (I've settled in at 1.75 - 2x.)

I could go on. As I've commented before, everyone should be using Zotero. I've switched from Mischief to Microsoft's new Whiteboard app for quick, hand-written notes. And if efficient time management was only a matter of finding the right time-tracking software, I'd be set. (I use Toggl.)