A Man for All Seasons and a Trucking Convoy

I enjoyed the 1966 Academy Award winning A Man for All Seasons so much I read the play by Robert Bolt on which it is based. This dialogue between Sir Thomas More, his wife Alice, daughter Margaret, and future son-in-law William Roper comes to mind when I encounter "Friends" on Facebook who seem to want to overthrow our democratically-elected government:

MORE: There is no law against that.

ROPER: There is! God's law!

MORE: Then God can arrest him.

ALICE: While you talk, he's gone!

MORE: And go he should, if he was the Devil himself, until he broke the law!

ROPER: So now you'd give the Devil benefit of law!

MORE: Yes. What would you do? Cut a great road through the law to get after the Devil?

ROPER: I'd cut down every law in England to do that!

MORE: Oh? And when the last law was down, and the Devil turned round on you—where would you hide, Roper, the laws all being flat? This country's planted thick with laws from coast to coast—man's laws, not God's—and if you cut them down—and you're just the man to do it—d'you really think you could stand upright in the winds that would blow then? Yes, I'd give the Devil benefit of law, for my own safety's sake.*

YouTube to the rescue, here's the Paul Scofield version:

Sir Thomas More—at least the character in Bolt's play if not also the historical figure—is my political hero. If you haven't seen the film, do yourself a favour and watch it.

* More's speech in the play may draw on this passage from William Roper's 1556 biography of More:

"Howbeit this one thing, son, I assure thee on my faith, that if the parties will at my hands call for justice, then all-were-it my father stood on the one side, and the devil on the other, his cause being good, the devil should have right." (HT: Robert Bork) 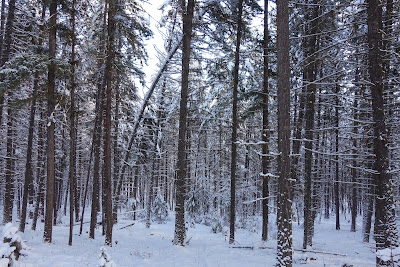 Instead of a belated tally of books completed in 2021, which would impress no one,* I mention here a few reading highlights. In most cases these are not books--which means you can read them too, for free, online.

(1) Black Lives Matter: David Blight's Open Yale History course on the American Civil War has nothing directly to do with last summer's protests, but it helped put them in historical perspective and--more than anything else I've read in the last two years--it explained why the protests matter. Sometimes the best way to learn about the present is to study the past.

(2) Covid-19: Judging from the place of privilege it occupies in my mental furniture, Alan Jacobs's musings on the problem of "scale" are among the most significant I've read on Covid-19. They are developed in detail in Alan's essay in the Hedgehog Review, though I expect I first encountered it on his blog, which I read assiduously, and you should too.

(3) On Reading: The main thrust of Alastair Fowler's fascinating essay, "C. S. Lewis: Supervisor" (available in full here and here), is to define education as reading--and remembering what you read. A few excerpts:

"The flow of Lewis’s writing and speaking had much to do with this remarkable memory. .... It was not principally memoria ad verba but rather ad res – memory of the substance, aimed at grasp of contents through their structure. ... Lewis’s innate memorial powers were developed by education, first at school and then with his private tutor William Kirkpatrick. At Oxford they were strengthened by having to depend on the Bodleian Library rather than on his own books. .... Later ... his reading habits had become ingrained, and he continued to rely on memory. Often he used books almost in the medieval way, as memory prompts. Literary memory depends on use: it must be frequently refreshed. .... Lewis had almost total recall of words (he remembered new vocabulary after once looking it up in the dictionary), yet he had to go over texts frequently – sometimes immediately before a tutorial. Consequently his reading and re-reading were astonishingly copious. Reading habits, of course, were different in the fifties; I used then to read ten hours a day. Lewis, who read far faster, read with surer grasp, and read whenever commitments allowed – read even at mealtimes – read prodigiously."

Alan Jacobs explains why this matters:

"[A] book becomes more fully itself when we see both how it resembles and how is differs from other books; one discipline of study takes on its proper hues only when we see its relations to other disciplines that stand close to it or very far away. My repertoire of analogies is my toolbox, or my console of instruments, by which I comprehend and navigate the world. It can’t be too large; every addition helps, at least a bit."

Which reminds me, there are some books I should be reading ....

*Not that impressing anyone is the point. ... right?

Scot McKnight used to give himself a new fountain pen every Christmas. This year I did something similar with books. 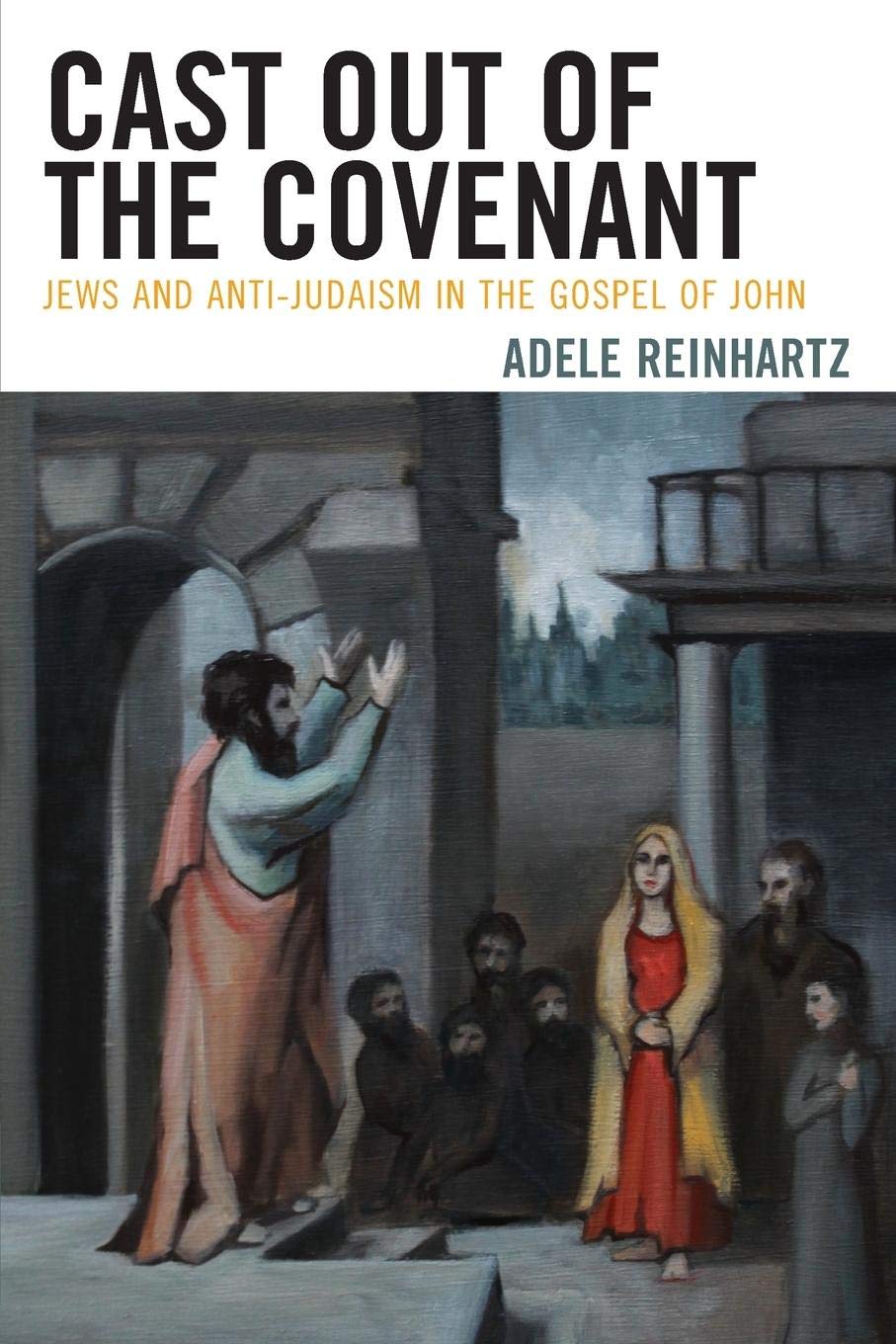 I read a draft of Adele Reinhartz's Befriending the Beloved Disciple in Jerusalem in December 2000. My former teacher's sequel, Cast out of the Covenant, has been on my to-read list since it came out in 2018. Now that I have a copy of my own, I hope to get to it sooner rather than later. For Adele's reflections on her "Journey with John" and an overview of the book's argument, see this short essay. 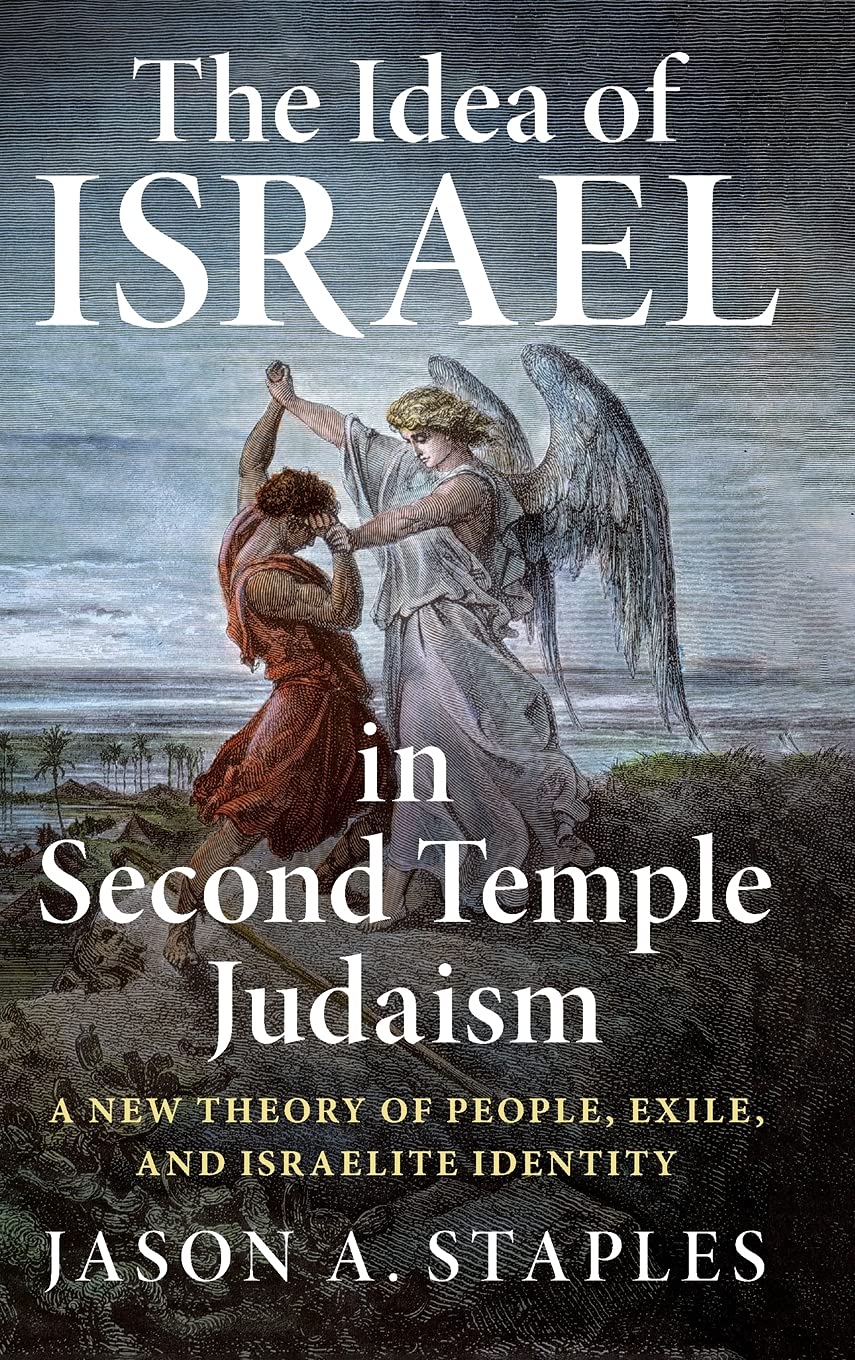 I first encountered Jason Staples's "new theory of ... Israelite identity"--to quote the sub-title of his 2021 monograph--years ago at SBL, and have kept an eye on his work ever since. When Scot McKnight named The Idea of Israel as the "best academic book" he "read this year," I decided not to wait until the paperback edition comes out. 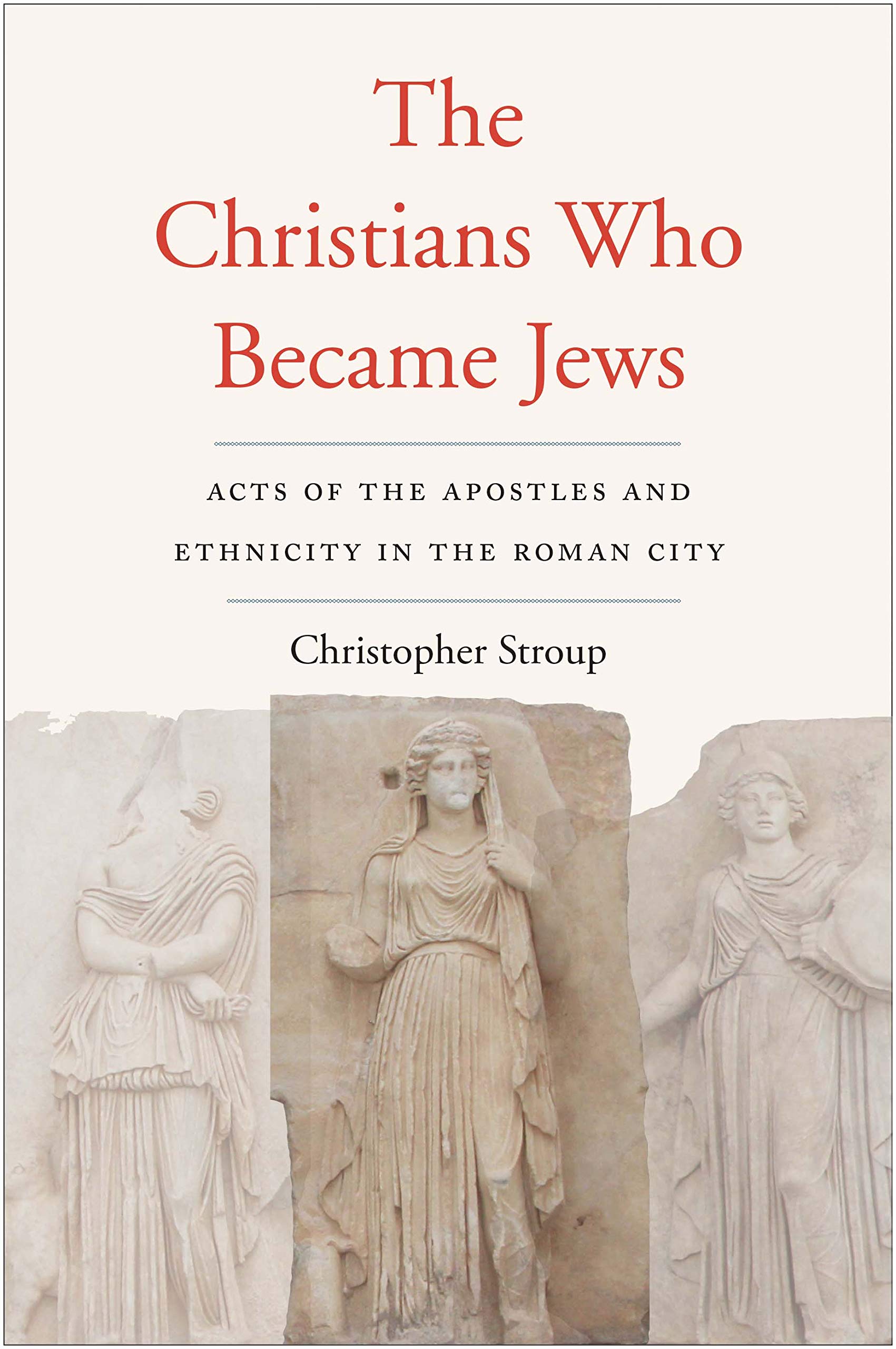 Christopher Stroup's The Christians Who Became Jews is not the only book whose title and topic make me wish I had written it first. Since my research and publishing efforts have centered on ethnicity in ancient Judaism and, separately, Luke-Acts, I decided to take advantage of a Yale University Press sale and a trip to the United States to pick up a copy of this monograph that treats both at once. 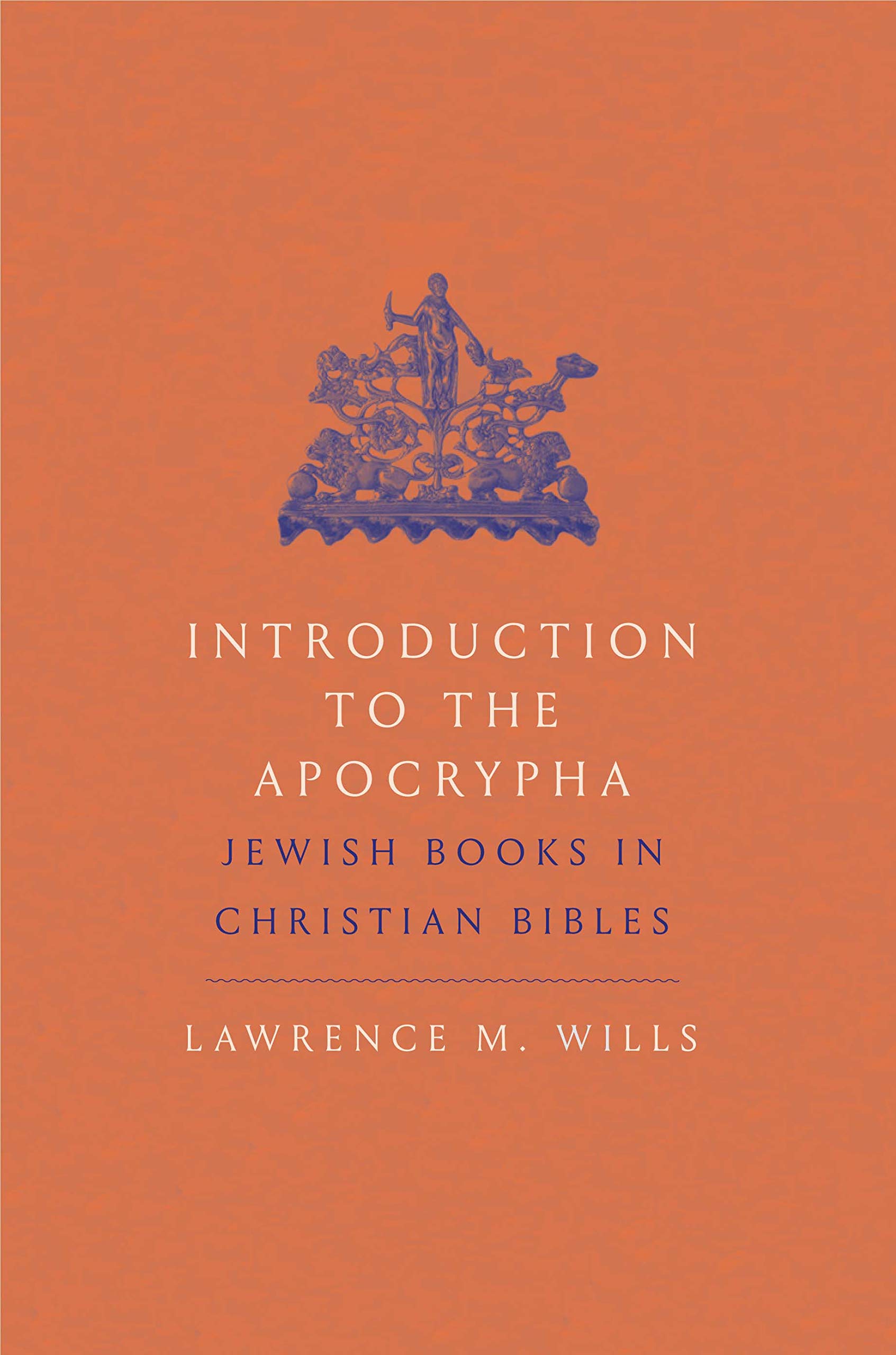 Also from Yale University Press, Lawrence Wills's recent Introduction to the Apocrypha promises to inform the course I teach on "Jewish Backgrounds to Early Christianity."

To round out my Yale University Press order, I picked up a copy of Brent Nongbri's much-discussed, God's Library: The Archaeology of the Earliest Christian Manuscripts, which is, fortunately, now out in paperback.

Attentive readers of titles (and subtitles) will notice a pattern here: "Jews and Anti-Judaism in the Gospel of John," "Jewish Books in Christian Bibles," "The Christians who Became Jews," "The Idea of Israel in Second Temple Judaism." In different ways all four books deal squarely with my own persistent scholarly preoccupation with early Judaism, the Jewish context of early Christianity, and the relationship between Jews and early Christians. I don't expect to agree fully with any of these books (who does?), but I do expect to learn much and to be stimulated to look at familiar texts with fresh eyes.

I suffer from a tendency to buy books faster than I read them, but these I hope to get to in 2022. Just perhaps--come spring--I may pull one or two of my own languishing projects off the shelf and make some headway on writing as well as reading in pandemic year 3.

In addition to picking up a book order, our trip the United States including a little snowshoeing: 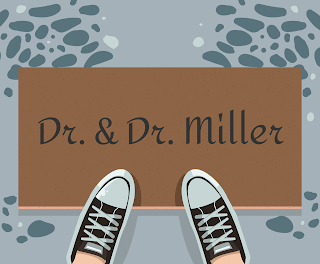 Four years ago the Miller family traveled to England so that t. could pursue a PhD in History at the University of Cambridge. We returned to Saskatchewan in 2019, in time to shelter in place through a pandemic, but the Cambridge journey--or this leg of the journey--only recently came to an end.

In a way this is old news for us: t. successfully defended her thesis in August during a Zoom viva. But she only received official approval from the faculty of history last week, along with the examiners' comments and a note that she passed with "no corrections."

Short of attending commencement, which is not in the cards, this is as official as it's going to be. And this is as much authorization as I am going to get to publicly congratulate Dr. Miller on a job well done!

I am happy to report that Briercrest College is looking to fill a faculty position in Old Testament:

The successful candidate will be an enthusiastic teacher and researcher. Τhey will contribute to an established Biblical Studies Department in Briercrest's engaging intellectual and spiritual environment where the liberal arts, alongside biblical studies, stand at the core of all undergraduate degree programs. Candidates should possess a Ph.D. (although exceptional ABDs may be considered) and demonstrate potential for excellence in teaching, research, and service to the church. Experience teaching Biblical Hebrew using the communicative approach will be an asset.

More details about the position are here.

Notice that the aphorisms do not single out individuals for criticism. As Augustine observes in one of my favourite passages, those who are sincerely wrong—as we all are a lot of the time—are to be corrected, but those who knowingly spread falsehood are culpable. I would add that those who abet falsehood are also culpable. David French, I suspect, would agree.
Christian leaders charged with speaking about the Truth must also speak truth as far as they are able. This does not mean anyone can or should comment on every matter of public interest (especially in areas outside their competence). Stamping out fires is a distraction from the Truth-speaker's and Truth-seeker's vocation.
But posture matters. Part of the humility that comes with pursuit of truth and love for the Truth is acknowledgement of the limits of one's own knowledge and a posture of respect for those with expertise in fields other than one's own.
And sometimes—say, in a national health crisis when evangelical Christians are among the most vaccine resistant—the truth is called for: Get vaccinated. 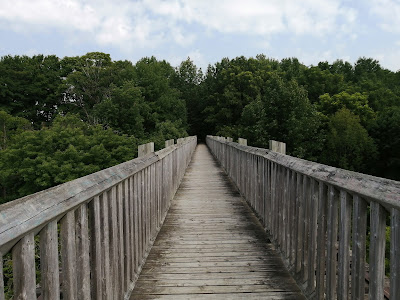 Thirteen years ago my friend, Luke Johnson, composed and recorded a Greek Alphabet song for my Greek students, using a Reconstructed Koine pronunciation.
This summer Katy Turgeon, one of the teaching assistants in our second Immersive Greek Semester, recorded a cover of Luke's tune with the help of Geoff Dresser, Briercrest's Worship Arts professor. The reason for the new version is our switch from Reconstructed Koine to Modern Greek pronunciation in our Ancient Greek language classes, but Katy's version--and Geoff's guitar solo--are worth a listen regardless of which pronunciation system you prefer.
If the play button doesn't work on the embedded file, click here for Katy's recording.
You can listen to Luke's original here.
Posted by d. miller at 10:28 PM No comments: