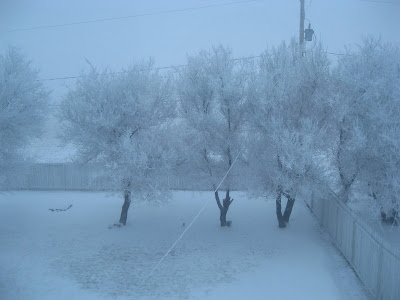 When I began this blog in February of last year, I was half-way through an emotionally and physically draining semester teaching Romans and three other classes, and commuting two and from Saskatoon on weekends to spend time with my wife. My original "About Me" stated: "My voice will only intervene in the unlikely event I have something to say." My first entries, posted between mid-February and mid-March, were a series of quotations I had been saving that were not easily available online. Then the well ran dry.

Eleven months later I have a backlog of blog ideas that I would develop if I had time, but a new very full semester is now underway. When faced with a choice, I am likely to choose sleep over blogging. (t. could compile a longer list of activities that should take precedence over blogging.)

With this course line-up, I feel like a captain responsible to steer several different ships into harbour several months down the road. Maybe I'm a tugboat operator. I am at the foot of a mountain, unsure how I will make it to the top by the end of April. I begin each week at the top of a slide:

In short, after two days of class, I could use another sabbatical. 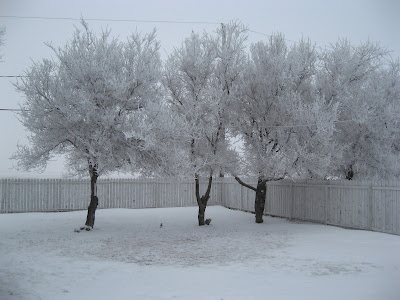 The first picture of this morning's beautiful hoar frost was taken from my study window at home. The second shot is from our back porch. Unlike this photograph, I can certify that both were taken in Caronport.
Posted by d. miller at 10:10 PM

There are weeks I feel much like what you are talking about, and I have a class of two.