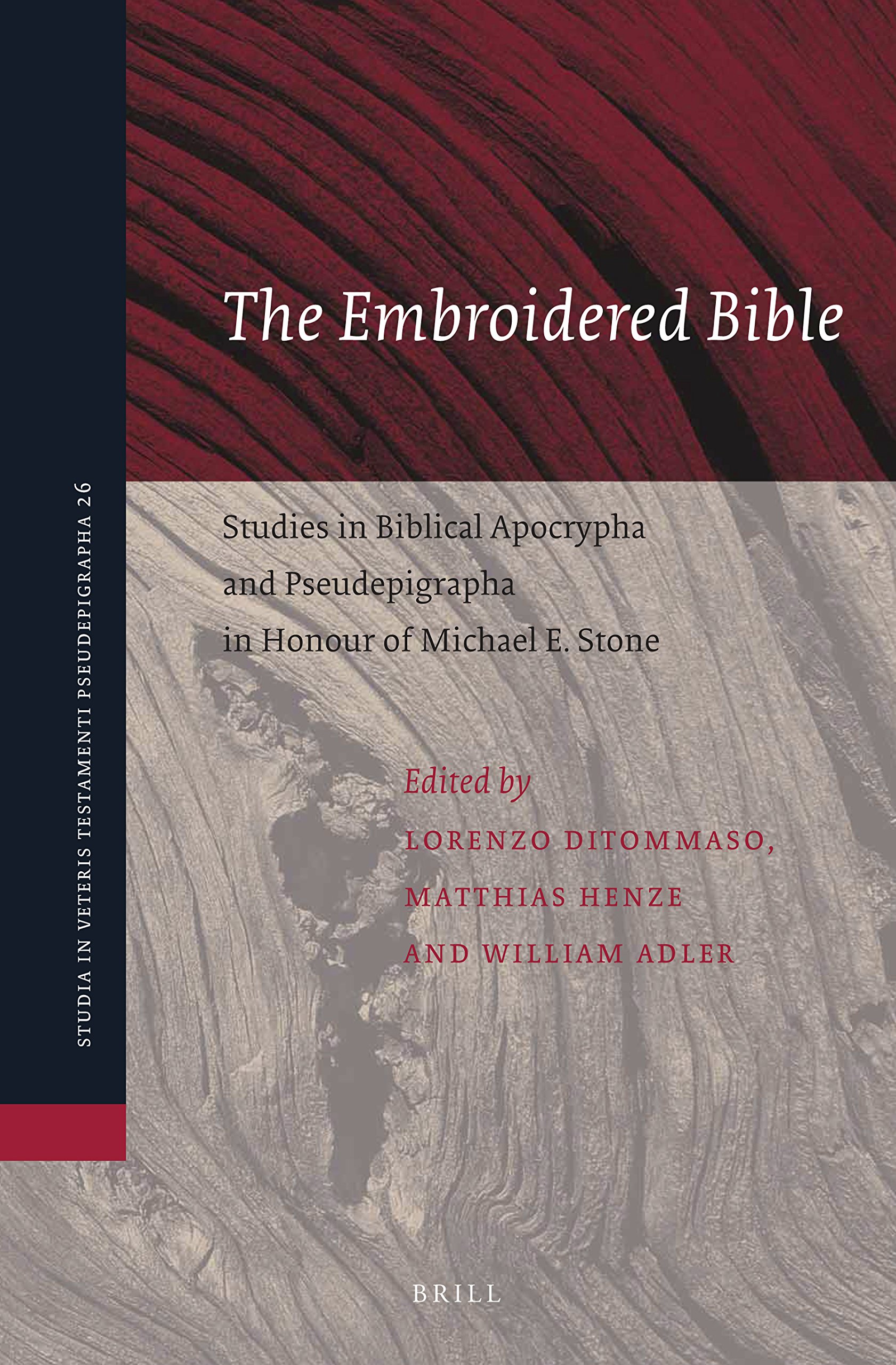 I perused the new Festschrift for Michael E. Stone recently, and was not surprised to find several references to the seminar he held for many years in his home. The tributes at the beginning of the volume brought back fond memories of my own experience as a member of the "Stone Seminar" during my year as a visiting research student at the Hebrew University of Jerusalem back in 2000-2001.

Some of the tributes comment on the seminar itself:


Harold Attridge: "Most memorable perhaps were the sessions of the seminar at your home in Jerusalem, where you and Nira so graciously hosted mature and budding scholars from around the world. You brought together there, as you have in many of your scholarly endeavors, talented people with very diverse interests, philological, socio-historical, literary. The one sine qua non was the competence to read ancient sources with care and be willing to contribute to the give and take of serious scholarly conversation. All of us who participated in that seminar or in conversations with you at international congresses learned from one another and from you." (p. 17)

Esther Eshel: "Michael nourished our early academic appetites with exposure to scholars and scholarship—in his famous seminars. There we could meet first-rate visiting scholars, who shared with us their latest ideas and plans. And at the same time, we could share our first lectures, to be presented at international conferences, as well as our debut papers and articles. Here Michael’s criticism was the most valuable, because it always was constructive criticism. From Michael we learn to look at the broad picture, even when looking at the smallest philological question." (p. 35)

Others focus more on the way the seminar exemplified Michael Stone’s outstanding qualities as a teacher:


Esther Chazon: "I have been Michael Stone’s student for forty years. I will always be Michael’s student. It is impossible to put into words, especially in a brief tribute, all that Michael has taught his students. Reading ancient texts we had never heard of before was only the beginning. Over long coffee breaks on campus and in his home during evening seminars and private consultations, Michael continues to engage us in the texts, contexts, and broad implications. The image that encapsulates this for me is the move from precise textual work at his enormous living-room desk to the armchair conversations of “what it all means.” ... Like a father, but also as a friend, he never stops looking after our intellectual, professional, and emotional well-being." (pp. 24-25)

David Satran: "An initial meditation on Michael as teacher prompts me to remark on his extreme lack of caution. Now reckless isn’t a word that readily comes to mind in speaking about Michael Stone—it certainly would seem to fit neither the character of the man we so admire nor the scholarship we celebrate—but it may not be an inappropriate description of his pedagogy or, at least, our first impressions of his pedagogical method. Those of us who have enjoyed the privilege and the delight of studying with Michael—as well as the occasional attacks of anxiety which accompanied these—know that dizzying excitement of being sent off to track down the odd detail of an ancient text, armed only with a handful of obscure references and the encouragement to follow the path wherever it might lead. Those paths inevitably led many of us down innumerable rabbit holes, some with no apparent means of escape, but a fair number ultimately issued in seminar papers, theses, and even dissertations. Looking back, it seems difficult to fathom how Michael could have felt that we should be entrusted, at what seemed an impossibly early stage in our studies, with the responsibility of getting to the bottom of these matters. And no less: the solemnity with which we had to report back on our efforts and the seriousness with which these were recorded and held up for general discussion and appraisal. Slowly, at times ever so slowly, however, we began to trust Michael’s expectations from us and found ourselves more trusting of both our own research and our own judgment …. In his demonstration of confidence in our fledgling abilities and insights, Michael encouraged us to develop that intangible quality of security in our own work and in the scholarly directions we had begun to choose. In a certain sense, it is precisely this measure of his confidence which has come to define a large number of our own highly variegated pursuits." (pp. 31-32)

I am afraid I did not know enough to take full advantage of the seminar, but I still learned a great deal from Michael Stone that year. During the seminar we read the Letter of Thessalos and part of Philostratus’s Life of Apollonius of Tyana in Greek—a struggle for someone like me who had really only read the New Testament in Greek. We also heard papers from members of the seminar, as well as from Greg Sterling, Esther Eshel, and, if I’m not mistaken, Peter Brown. (I confess I had no idea who Peter Brown was at the time.) Fortunately, I had the good sense to look up and read some of the books and articles Professor Stone mentioned, including selections from E.R. Dodds, Gershom Scholem, and Stone’s own seminal essays “Lists of Revealed Things,” “Three Transformations in Judaism,” and Scriptures, Sects and Visions. It was on Stone’s recommendation that I read John Barton’s Oracles of God and acquired my own inexpensive copy of Menahem Stern’s Greek and Latin Authors on Jews and Judaism directly from the Israel Academy of Sciences and Humanities. My main point here, of course, is not to enumerate a list of now dated but still valuable books, but to confirm the influence of the teacher and the effectiveness of his pedagogy.