On reading the Mishnah 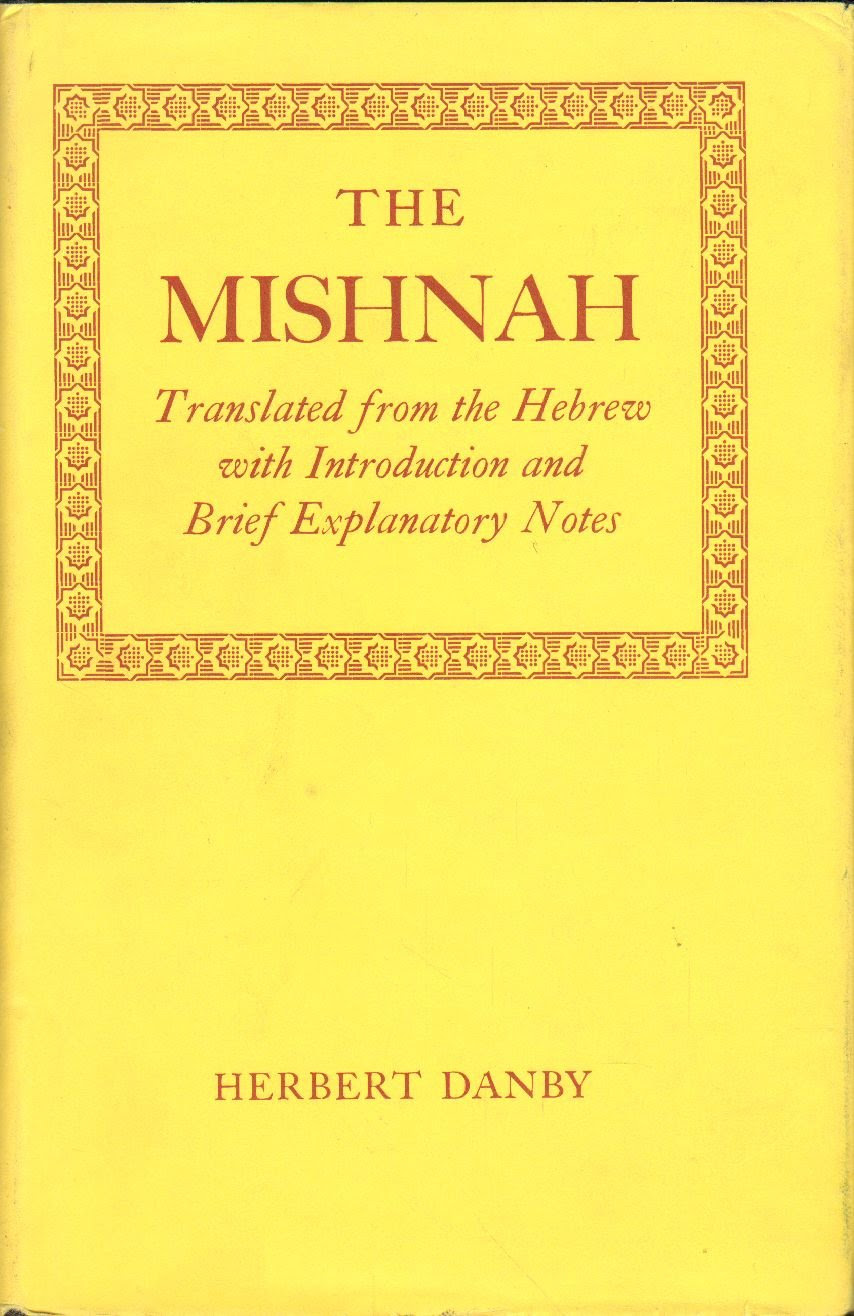 Since I regularly teach a course on Second Temple Judaism, it has always bothered me that I have spent so little time in Rabbinic literature. Sometimes warning about the danger of anachronism--taking evidence from texts written in the 3rd century and beyond, and reading it back into the first century without further ado--has felt like an excuse to justify my own general lack of first-hand familiarity with a very difficult group of primary sources. Despite the potential for abuse, Rabbinic literature remains important both for the light it sheds on the Second Temple period and, perhaps more important, on how that period has been undersood.

So one day last fall I put together a (partial) schedule to ease me into the Mishnah, the earliest major rabbinic text (usually dated to ca. 200 CE). The schedule worked out to about 15-20 minutes a night, five days a week for reading and notes.

Twenty-seven hours and forty-five minutes later, I came to the Mishnah's final sentence:


R. Simeon b. Halafta said: The Holy One, blessed is he, found no vessel that could hold Israel's blessing excepting Peace, for it is written, The Lord will give strength unto his people; the Lord will bless his people in peace (Ps 29:11). (Uktzin 3.12)


I knew from past experience that reading a primary source leaves an invaluable lasting impression even if many of the details fade away, so I did not try to master all the ins and outs of legal argument. More often than not, the notes I jotted down were incidental to a passage's main discussion: I was struck, for example, by the number of references to androgynous people and animals; and I noted comments that reminded me of passages in the Gospels, or of issues, such as Gentiles and the purity laws, that loom large in the interpretation of the New Testament. Though much of it is very foreign, I found that I could count on at least one good chuckle each time I read--not at the rabbis' expense (I was reading to experience not to criticize), but because there is humour in the text. Here is one example from Makshirin, a tractate that determines what "if water be put on..." in Lev 11:38 refers to:


The point seems to be that intention matters: If you rejoice it may be because you are trying to find a loop-hole in the law. Except that no one can help rejoicing when rain falls on a thirsty land. Indeed.

Which chapters in Holtz would you recommend as most helpful?

Hi Charles, I was thinking primarily of chapter two by Robert Goldenberg on the Talmud. It is really brilliant.

Did you know that besides the Mishnah and the Talmud, Judaism also has the Tosefta?

The Tosefta is a primary work of classic rabbinic Jewish literature, dating from the late 2nd century. It acts as a supplement to the Mishnah ( משנה) , the basic compilation of the Oral law of Judaism. According to the tradition, the Tosefta was compiled in 189 CE.

It closely corresponds to the Mishnah, with the same divisions for sedarim (“orders”) and masekhot (“tractates”). It is mainly written in Mishnaic Hebrew, with some Aramaic.