The Maccabean Revolt and Reverse Polemic in Acts, and other summer projects 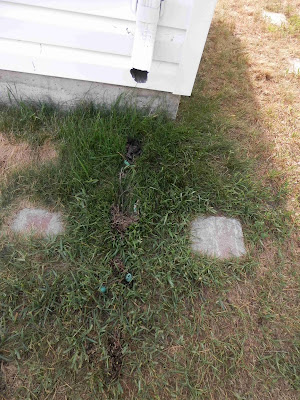 As usual when I forecast a blog post on a particular topic, nothing materializes (like rain this year in Saskatchewan). My excuse this time is that I needed to write the paper, not about it, and shortly after posting about the Maccabean revolt in Acts back at the beginning of May, I took the paper in a slightly different direction so that the question I meant to ask no longer seemed as pressing. For what it is worth, here is what I concluded when I presented the paper at the Canadian Society of Biblical Studies at the end of May:

Connections in Acts to the initial events leading up to the Maccabean revolt are more extensive than is generally recognized, and these challenge the view that Acts narrates a transition from Judaism to Gentile Christianity. The parallels between Acts and 1-2 Maccabees fall into two contrasting patterns. On the one hand, Jewish opponents of the Gentile mission appeal to the Maccabean revolt to paint the practices of Jewish Christ-believers as a threat to Jewish identity, just as the “renegades” had been during the reign of Antiochus Epiphanes. On the other hand, Luke reverses the polemic and asserts that it is the Jewish leadership in Judaea, as well as other hostile Jews, who resemble Antiochus and the “renegades,” and that Jewish Christ-believers, by contrast, correspond to the faithful Israelites who endured Antiochus’s persecution. Faithfulness, for Luke, now requires faith in Jesus. But the law remains important. Instead of triumphantly moving beyond Judaism and the law, Luke employs “reverse polemic” to try to show that the messianic claims of Jesus and the Gentile mission championed in Acts need not undermine the law or threaten the Jewish identity of Jesus’ Jewish followers.

When I got back from Ottawa, I intended to spend my remaining summer research time revising this and one other paper. I turned to the other paper first...and it promptly fell apart in my hands. I didn't want to leave the pieces scattered all over the floor, but picking them up and puzzling over where I think they now belong has required delving into an area (Greco-Roman political thought) in which I can claim no expertise, and has taken longer than I hoped. But that's how it goes. At times like these, I try to remind myself to breathe, relax, and enjoy the privilege of being able to study and learn new things. They say that quality can't be rushed.

In other news, it did rain today. When I went outside this evening, I found the remains of a robin's nest washed down the downspout on our garage, which just goes to show that even in a drought you shouldn't put your egg basket in a rain gutter.
Posted by d. miller at 8:25 PM

While I can't even hope to understand much of what you are talking about, I did enjoy your wee story at the end! I trust the nest was empty?

We could tell it had been a robin's nest because of the robin-blue eggs inside--just like the crayon colour.

Hi David, What was name of your paper? Have you run across other scholars who see this similarly? I'm doing the final two corrections on my dissertation which reads Acts 16-19 as a legitimation of Paul's ministry among Diaspora Jews. In one of my footnotes, I noted contrasts between the story of Timothy in Acts 16 and the Timothy of 1 Macc 5; 2 Macc 8:30–12:24, and pointed out how Acts could be read as a counter narrative. Walton, my examiner asked me to reference some other scholars that see potential for reading Acts in this way, but I can't remember who I've come across before. (I've had this post flagged from the day you wrote it.)

Re: connections to the Maccabees: I've come across others who note some of the parallels with the Maccabean revolt (in addition to the more obvious ones that are mentioned in the commentaries - e.g., by Pervo). There's a recent essay by Yamazaki-Ransom that connects Luke's portrayal of Paul in Acts 9 to Antiochus (in Luke-Acts and Empire). Wolfgang Stegemann's Zwischen Synagoge und Obrigkeit (V&R, 1991), which I looked at after the conference last year, contains the most extensive discussion of parallels that I have found so far. In addition to connecting the charges against Paul to the Hellenizers of the Maccabean era, Stegemann notes that Luke attempts to responds to the charges against Paul, and mentions a parallel between Paul and the high priest Onias. Your suggestion about Timothy is interesting, and new to me.

Tannehill, Narrative Unity Volume 2, 268-9 sees at least part of the trial narrative as responding to issues raised in Acts 16-19, but he doesn't make the connection to the Maccabean revolt.

I haven't found anyone (yet) who develops the reverse polemic idea in the way or to the extent that I am trying to do. Here's the info for my CSBS paper: “The Maccabean Revolt and the Ambiguous Identity of Gentile Christ-Believers in Acts.” Paper presented at the annual meeting of the Canadian Society of Biblical Studies, Ottawa, ON, 30 May, 2015. I will be presenting a revised version of the paper in the Acts section at SBL this fall, and--if it flies--I hope to submit it for publication at some point thereafter.

Congratulations on finishing up your dissertation. The topic sounds fascinating!

Feel free to email if you'd like to dialogue further.