Apart from a long early wait at the Kusadasi bus office--we showed up when the lady insisted we needed to be there and the bus arrived when we thought it would--I don't remember much of our trip down the Meander river valley to the major city of Denizli, and from there to the tourist town of Pamukkale. It rained, I slept, t. was jostled uncomfortably along the bumpy highway. 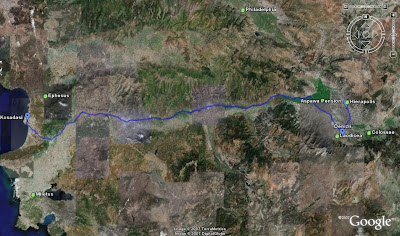 As was our usual, but unintentional, practice, we took rooms in the first pension we looked at. This time we were helped out by a friendly girl who started talking to D&D on the bus from Denizli, and whose parents just happened to run the pension where we decided to stay. (As usual, I didn't think to take any pictures of the town or the pension.) 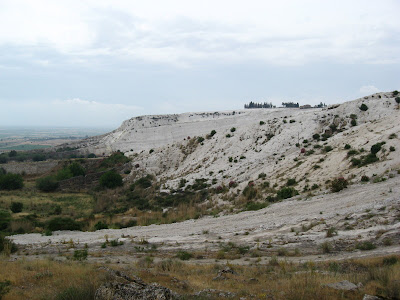 Pamukkale (Turkish for "Cotton Castle") is named after a stunning white backdrop of calcium-rich travertine rock, formed by the mineral water that pools and spills over the cliffs to the north of town. On top of the cliffs is the site of ancient Hierapolis (Greek for "Holy City"), mentioned in Colossians 4:13.

It started raining hard shortly after we arrived, so we had some lunch and took a nap. When we awoke around 3 p.m., the rain had let up enough for us to venture out to see the ruins.

We took a side route on the way up, stopped to look at a sarcophagus (the first of many)... 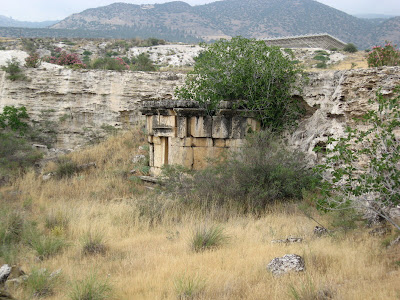 And eventually found ourselves walking along what we thought was the old city wall, but later realized was a channel for the mineral water: 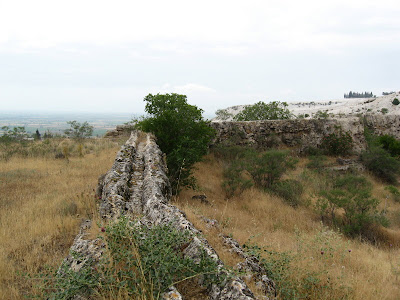 Close up of the fig tree: 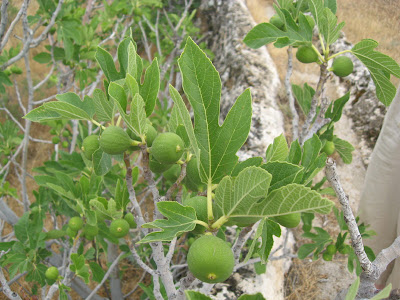 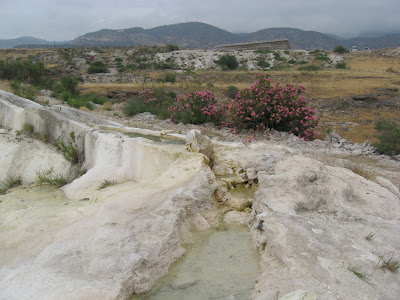 About four hours later, we did the barefoot touristy walk through the travertine pools on our way down... 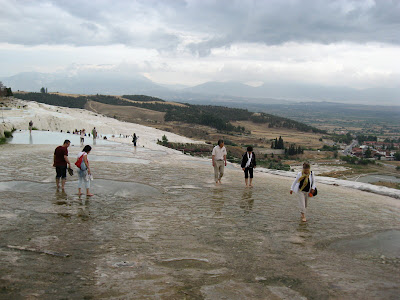 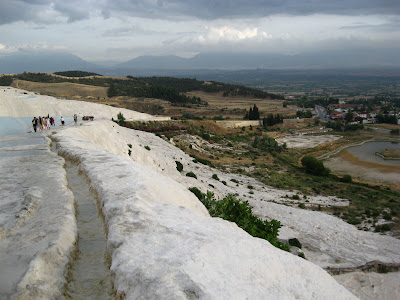 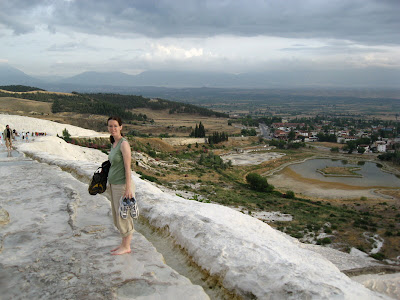 Click here for the Turkey Travelogue Index.
Posted by d. miller at 10:30 PM