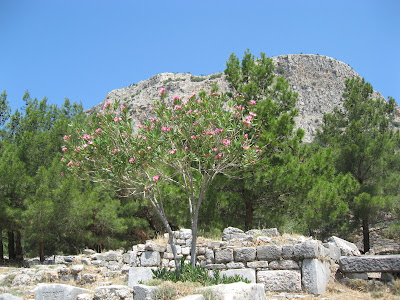 The prize for "favorite Turkish ruins experience" goes to Priene: 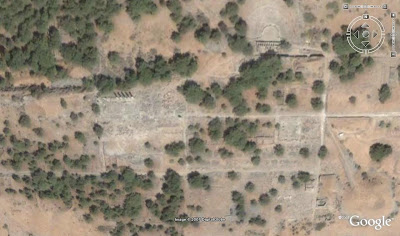 Like most other major Greco-Roman archaeological sites, Priene has its compliment of public buildings. These include a 5,000 person theatre (small by comparison with Ephesus and Pergamum): 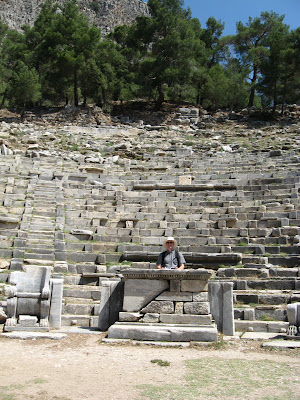 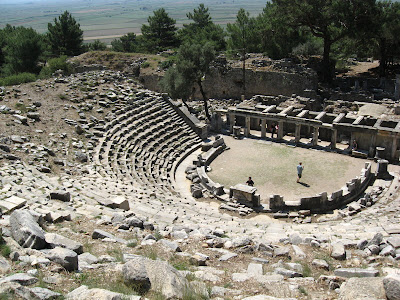 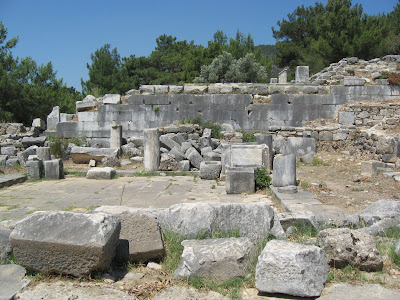 The Pyrtaneion--I now know after seeing several examples and doing a little background reading--was the administrative center of the Greek city, "housing its communal hearth...eternal flame [dedicated to the hearth goddess, Hestia], and public dining-room where civic hospitality was offered" (OCD 1268).

Next to the Pyrtaneion is the Bouleterion or city council chamber: 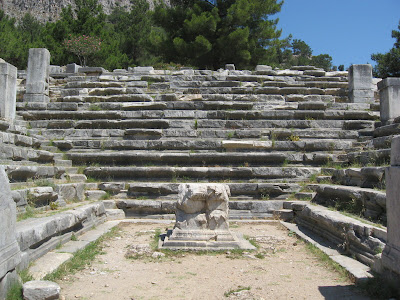 Near these buildings is a Greek inscription:

(Curious about the Greek script? Interested in a transcription? See this post over at Evangelical Textual Criticism by Dirk Jongkind, who appears to have visited Priene shortly after we did.)

There were also several temples, the largest of which was the temple to Athena, now in some disarray: 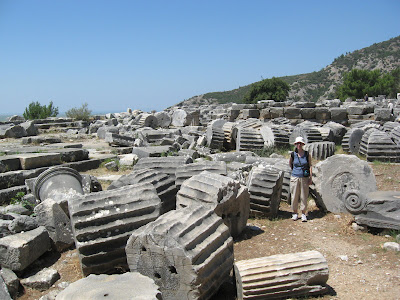 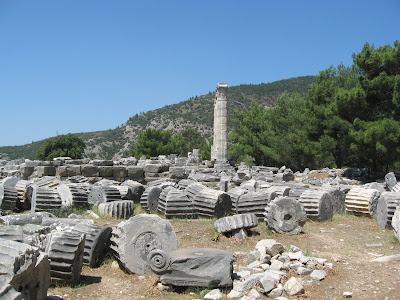 The (reconstructed) pillars are still impressive, however. According to the Blue Guide, this temple "became the model for Ionic architecture": 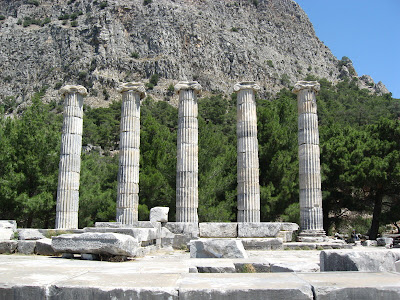 But there are also signs of more ordinary life as you walk down the city streets... 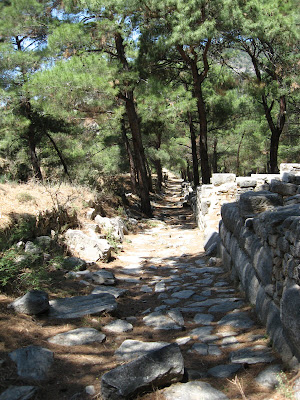 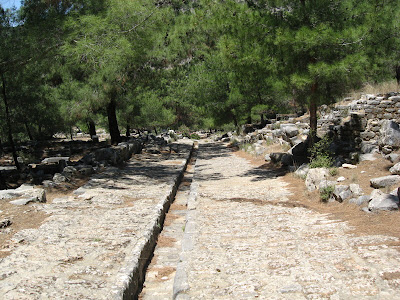 ...and gaze into the ruins of cookie-cutter, symmetrical houses, most of which were smaller than this large private dwelling: 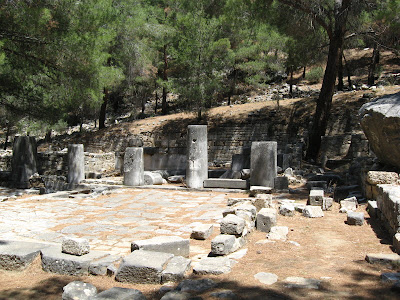 The town plan was built around square "insulae" units, most of which contained four private houses. Here's the Blue Guide again:

These 3C and 4C BC houses have been compared with the 1C AD houses discovered at Pompeii and Herculaneum. they have many features in common. Both the Hellenistic and Roman builders used a design which proved itself effective all over the Mediterranean. Their houses were built to protect the occupants from the fierce heat of the summer sun and from the cold of winter.

The houses were also very small by modern standards; their close proximity to each other illustrate how different our modern Western conceptions of personal space are from those of the ancient world.

Assuming the first Christ-believers met in houses, perhaps we should also consider how very different church in the first century would have been from most Christians' experience of church today.

Click here for the Turkey Travelogue Index.
Posted by d. miller at 8:40 PM