The town of Selçuk is built around Ayasuluk hill, at the top of which stands a fortress, originally built in the 6th century: 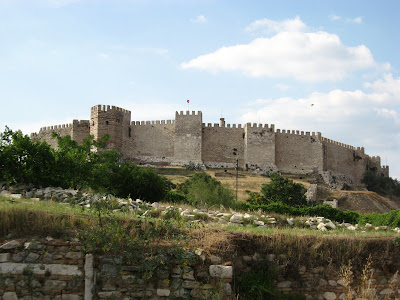 The fortress has been closed for several years because of safety concerns, so we contented ourselves with a view from the nearby Basilica of St. John: 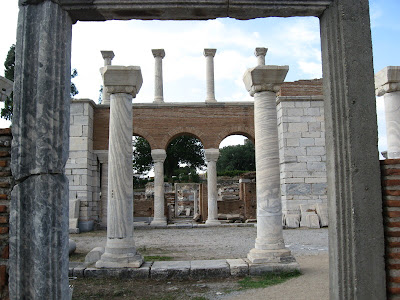 There's a stork's nest on the pillar (part of the nearby 14th century Isa Bey mosque) in the center of the next picture: 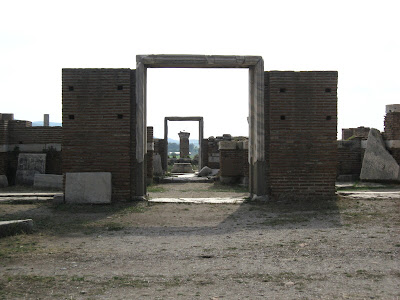 So named because a second (?) century tomb was believed to hold the bones of John the Apostle, the Basilica of St. John was built by the Emperor Justinian in the 6th century. It has now been extensively restored. Compare the baptistery in the next picture with the less-restored, but otherwise very similar design in the 5th century Church of St. Mary in Ephesus: 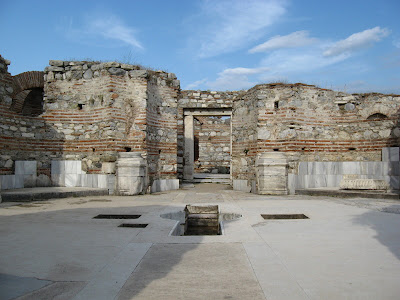 Instead of trees, sacred sites in the vicinity of Ephesus appear to be protected by storks. These two stand guard at the entrance to St. John's Basilica: 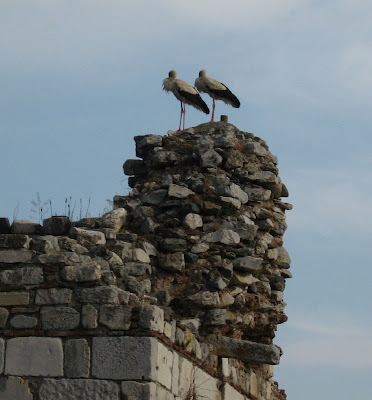 We encountered this nest on our descent down the hill: 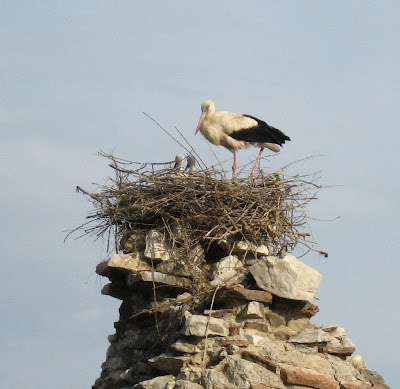 Still enjoying your pictures, and I haven't found any grammar errors recently, either.