Click here for the Turkey Travelogue index.
According to Paul Trebilco*, excavated buildings that would have been standing in Paul's day include the State Agora: 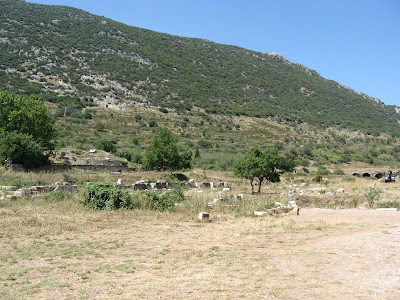 the Temple of Divus Julius and Dea Roma (but not the cross to the left of the picture): 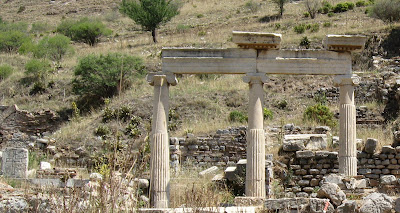 the monument of Caius Memmius: 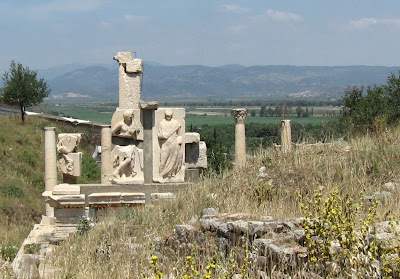 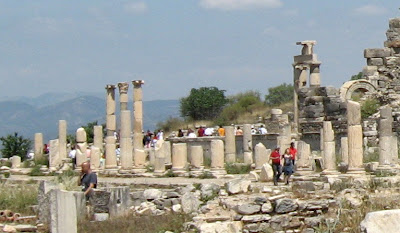 the Heröon, the temple of Isis, the temple of Apollo, the stadium, the residence of the Roman governor (?), the Magnesian Gate, the monument of Sextilius Pollio, and last, but not least, the theatre--the only surviving building in Ephesus mentioned in the New Testament: 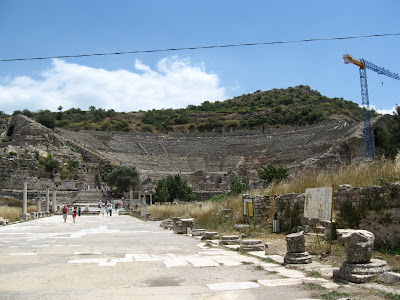 (In case you are wondering, the great temple of Artemis was located outside the city.)

The commercial agora would also have been around in the first century A.D., although much of what you see below apparently dates from renovations in the 4th century: 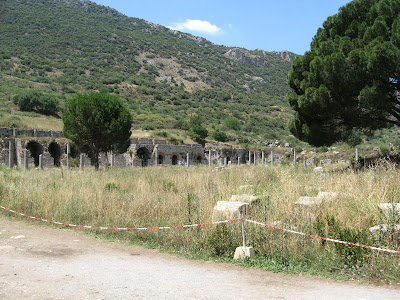 Of course, to breathe life into these skeletons of a dead city, you will need to use your imagination. 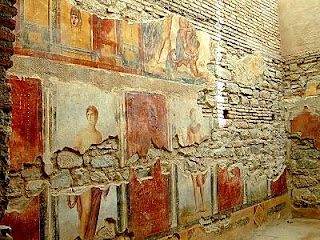 *Source: Paul Trebilco, "Asia," page 307 in The Book of Acts in its first century setting, vol 2 : The Book of Acts in its Graeco-Roman setting (ed. David W. J. Gill and Conrad H. Gempf (Grand Rapids: Eerdmans, 1994). Trebilco now has a volume out on The early Christians in Ephesus from Paul to Ignatius (WUNT 166; Tübingen: Mohr Siebeck, 2004).
Posted by d. miller at 9:21 PM