Fortunately, it was only a short hike from the ruined Temple of Artemis to Selçuk and lunch. From there we wandered across the street to the Selçuk Archaeological Museum, which has lots to see besides the statues of Artemis, including several nice sarcophagi: 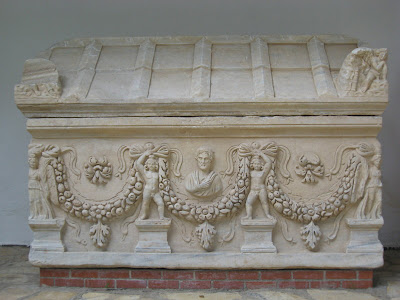 The figures on this sarcophagus are apparently the Muses. Don't ask me why there are five of them: 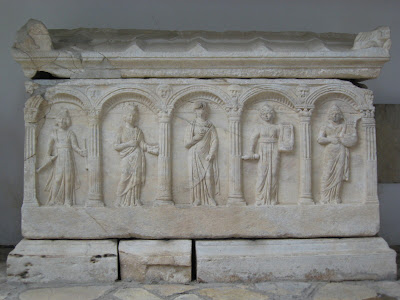 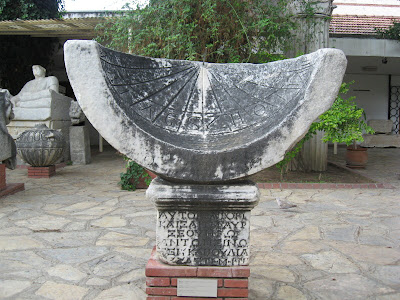 Part of a massive statue of Domitian (reigned 81-96 CE), which goes along with other massive building projects sponsored by Hadrian and Domitian in places like Pergamum: 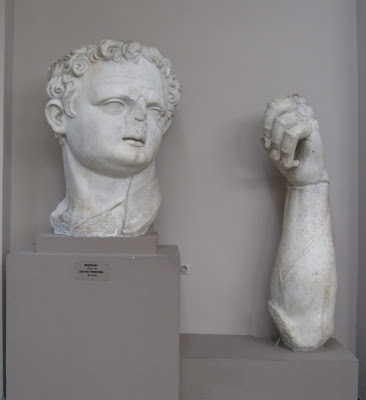 And shattered statues of Augustus and Livia: 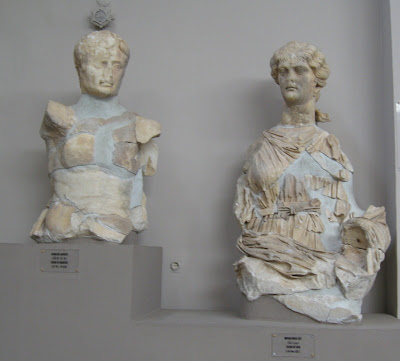 A note on the wall explains: “These were found broken in a room on the eastern side of the Basilica located…in . This room was used as the Ceremonial Hall of the Basilica and then demolished during the Early Byzantine Era [i.e., after Constantine converted to Christianity], at which time many statues like these of Emperor Augustus and his wife Livia were broken as well as being Christianized by carving a cross on their foreheads.” If you want to learn more about this phenomenon, Troels Kristensen over at Iconoclasm is writing a Ph.D. dissertation on the topic.

I overheard someone remarking that this kind of iconoclasm is not so different from other modern examples decried in the contemporary West--perpetrated this time by Muslims rather than Christians.