The museum complex also has a large collection of treasures from the Ancient Near East. I took pictures of a few highlights.

These are reliefs from the Ishtar gate in Babylon, which was constructed by Nebuchadnezzar II in 575 BC and excavated between 1902-1914 (according to Wikipedia): 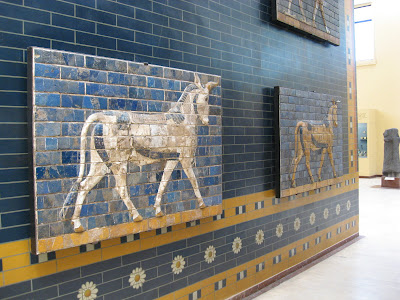 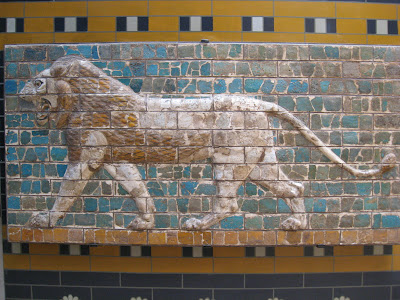 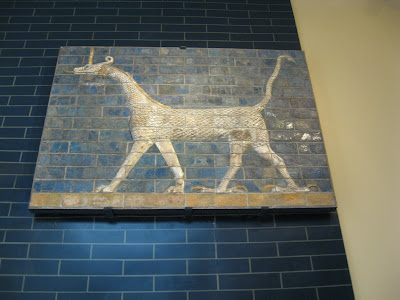 Other reliefs from the same gate are apparently scattered in museums around the world including Detroit, Sweden and the Louvre.

According to the write-up beside this picture, this "winged genie" was taken from the northwest palace of King Assurnasirhpal II (ca. 883-859 B.C.): 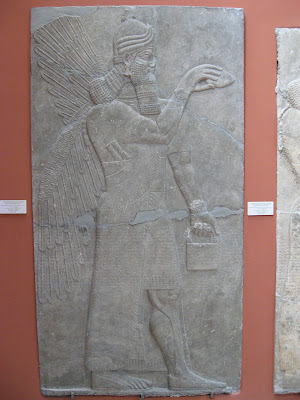 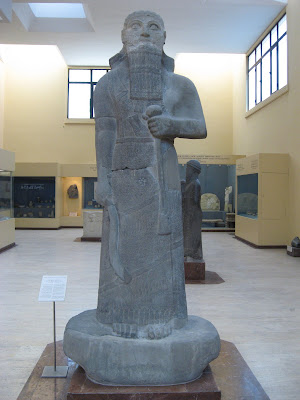 The tile museum is housed in a building constructed in 1472. Lots of pretty things here. This looks like one of t's home-made Christmas decorations: 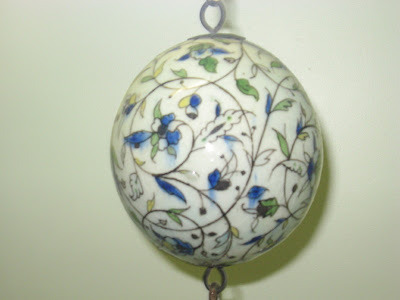 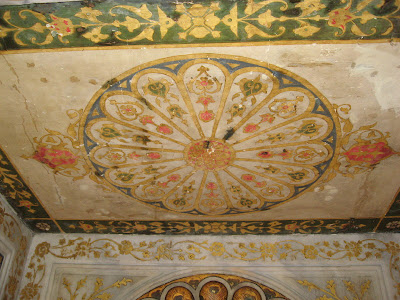 Click here for the Turkey Travelogue Index.
Posted by d. miller at 12:05 AM